Pirates Of The Midwest 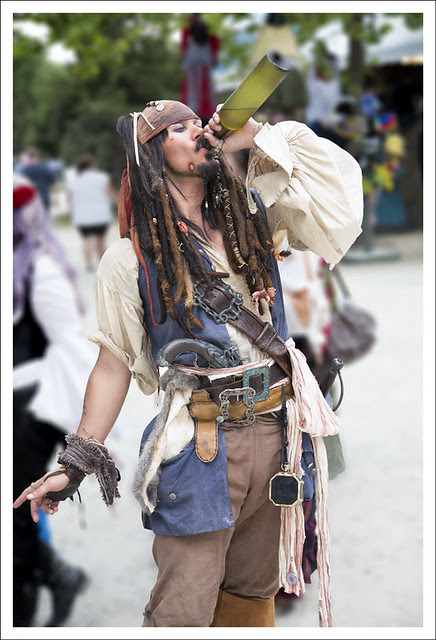 What Captain Jack Sparrow has to do with the Renaissance in general and 16th Century Lyon in particular is, well, not obvious. This well-made impersonator was wandering the grounds of the Faire, swigging heavily from a bottle of water, stomping over to the champ d'honneur and taking fake pot-shots at the knights. 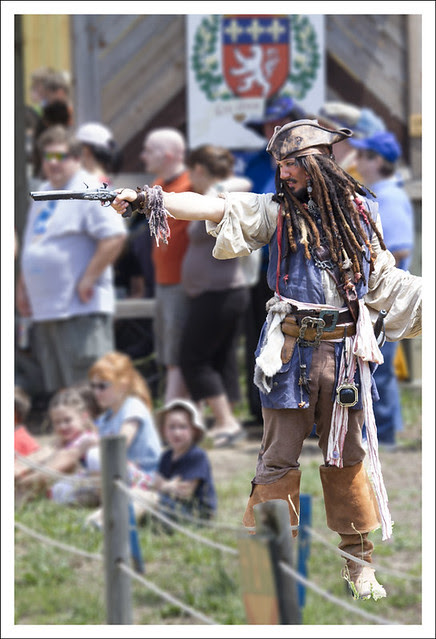 He seems to be having a great time!

At least his gun can only shoot one bullet at a time.

I was in a business meeting with two lawyers the other day in Phoenix and they started talking about their collections of AK-47s. One of them has one from each country in which they were manufactured.

At the end of the day, I returned home and appreciated our art more.

He does bear an amazing resemblance to Johnny Depp. Looks like the faire was fun!

I best not show my wife this image. She's a serious devotee of Mr. Depp.

Blooming good look alike Bob, are you sure it wasn't really Johnny Depp having a wee bit of fun in St. Louis haha!

So, this is where Johnny Depp has been hanging out recently!

A great incarnation of Captain Jack Sparrow - a pretty one too!

We met this Jack sparrow impersonator yesterday the the renaissance faire in Wentzville mo, he was awesome! We are actually wanting to hire him for our adult birthday party. Does anyone know how we would do that? Or if it is even possible? We are having a pirate and gypsy themed party and thought that hiring him would make it even more fun! We want him to come party with us:)