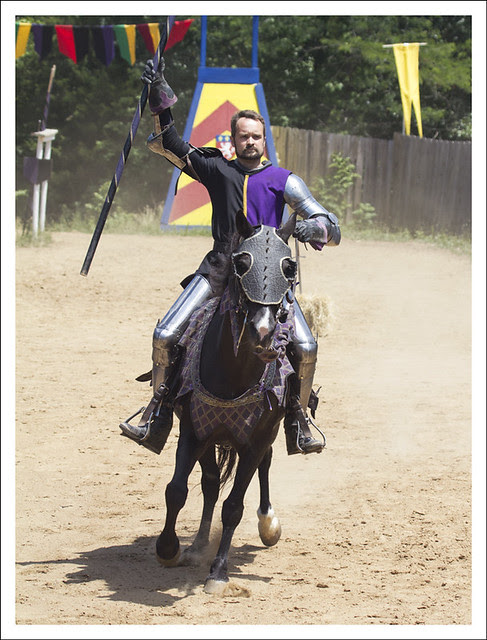 The Renaissance Faire always has a jousting tournament (sort of), twice a day, every day. I've yet to see a limp body carried off in the back of an oxcart but the crowd loves it. Where else are you going to see jousting in the 21st Century? Well, The Excalibur in Las Vegas, sure, but besides that?

The knights (who never say nee!, but then the whole place is reeking with Monty Python references, more about which later) bellow their ferocity, contempt for their opponent, their loyalty to their liege lord and their fidelity to their sweetie. Faint heart never won fair lady, as they say. 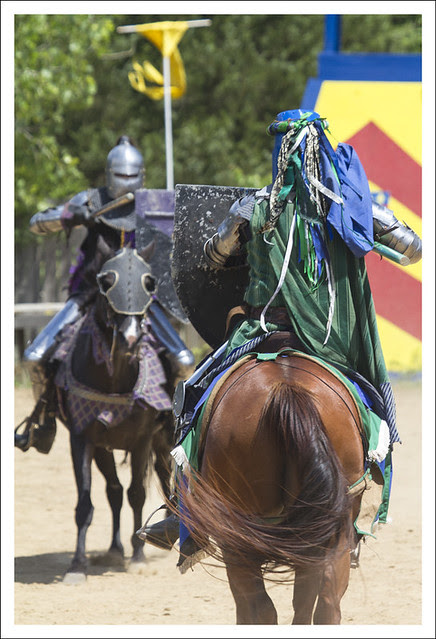 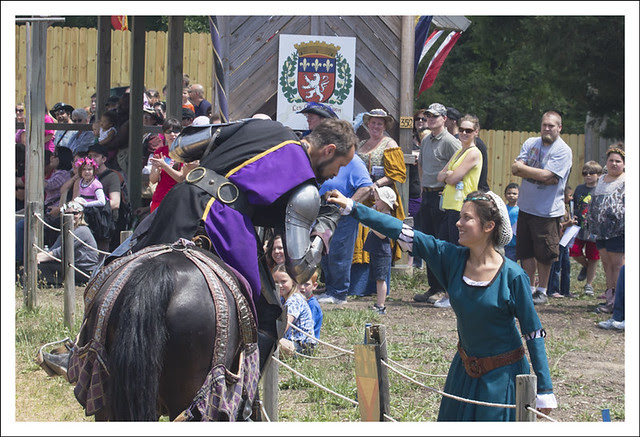 Not a bad reenactment. The ones I've seen aren't as good...

Reminds me of the reenactment at Provins, FR. The grandkids loved it!
V

Ah 'le joust', what fun to vie for the hand of the sweet maiden, bit disappointing about the lack of limp bodies being carted off in the back of an oxcart though!! Fab shots of the jousting action Bob.

Great to see. I missed a similar event a while back.