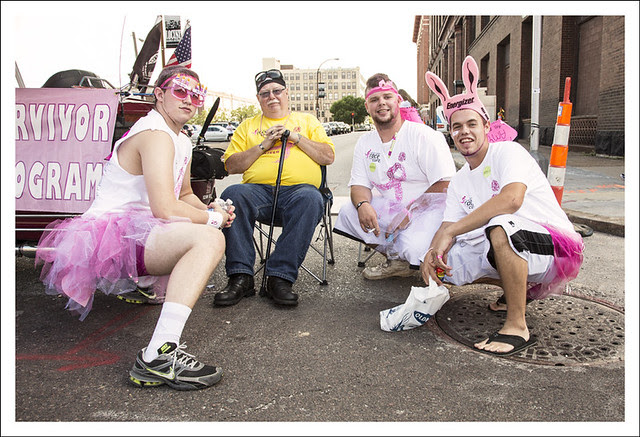 I think the most ebullient group at Komen were some young men wearing the event tee shirt and pink tutus. They walked right up to this older man like he was their old Uncle Charley and started a chat. I had to ask if they knew him. They did not.

The man in the yellow shirt had another purpose that speaks for itself. The huge motorcycle is, I think, a Honda Gullwing (correct me if I'm wrong). The green, yellow and red sticker on the back is the decoration given to US military veterans of the Vietnam War. The pink tutu brigade went on to block the adjacent sidewalk and needed an "outta my way, big boy" look from another marcher.

By the way, attendance at the Komen fundraising events around the country has dropped a lot since they decided to cut financial support for Planned Parenthood. It outraged a lot of people. Although the action was quickly reversed, they suffered a great deal of damage to their reputation. The attendance in St. Louis was 71,000 in 2010 and 64,000 last year. I just read that it was 51,000 last weekend. 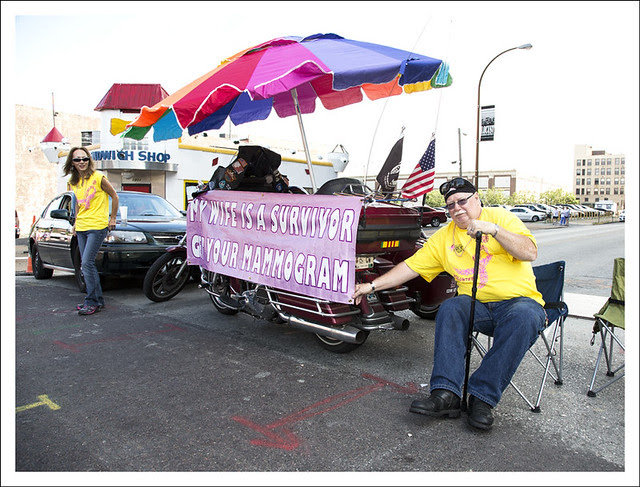 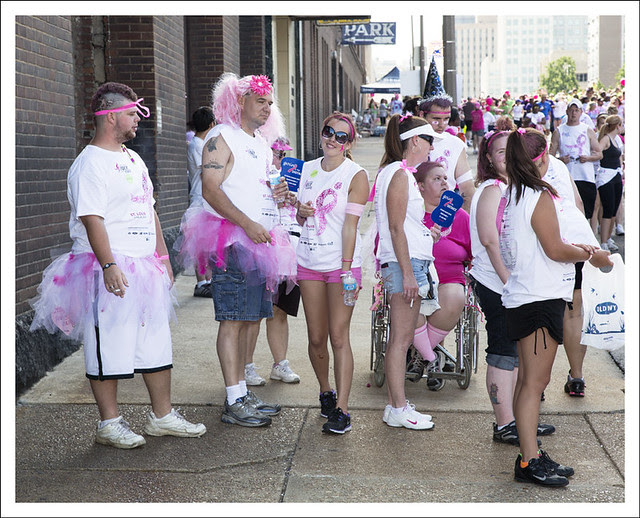 Email ThisBlogThis!Share to TwitterShare to FacebookShare to Pinterest
Labels: Komen Race For The Cure, St. Louis

The tutus are fun!

If anyone organised anything like this 50 000 would turn up here. It's just that no one even has the idea of organising such events.

A very good idea and a great (and funny) reportage.

Great cause and photos B!
V

It's an ideal cause, and fun photos!

I like to see guys like this. It takes courage. The only way to do it is as part of a group.

The tutu guys are fun. The old guy in yellow isn't trying to have fun; he's on a mission.

Everyone looks good with a touch of pink I think!! Maybe the numbers will start going up again Bob, now that the decision has been reversed.