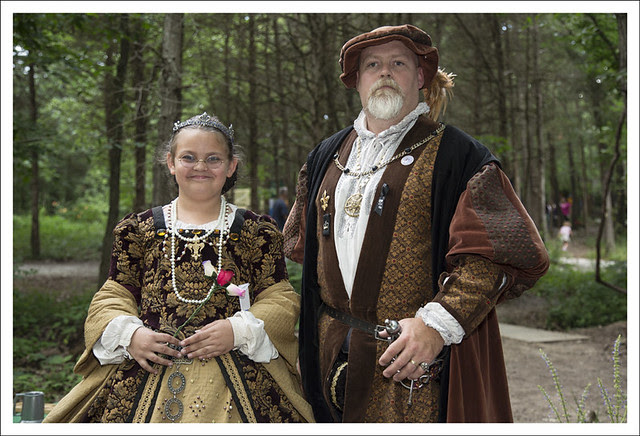 Every late spring St. Louis puts on what's called the Renaissance Faire in a town park about 45 minutes west of the city center. The conceit is that it's a make-believe visit to the Lyon of 1518. Many members, like the father and daughter here, go deep into period costume, staying in role with everyone they encounter. They speak with heavy Midwest-French accents and are taught a few words of the language. You can really throw them off if they take their leave with an au revoir, à bientôt by replying  jusqu'à l'année prochaine! That's beyond the training.

We see this man and his daughter every year. He totally stays in character playing Charles IV. Le gentilhomme not only made his costume but his daughter's dress. Handy guy to have around. What gets confusing, though, is that there are also 18th Century pirates, faeries, belly dancers, Scottish caber-tossers, wizards, Cavaliers. people with heavy Midwest-English accents and Budweiser. More in coming days. 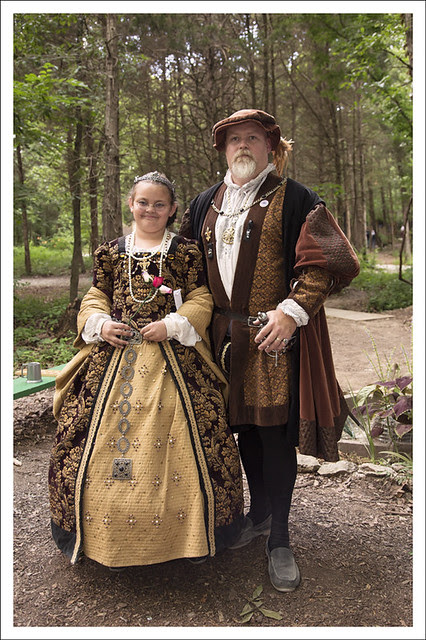 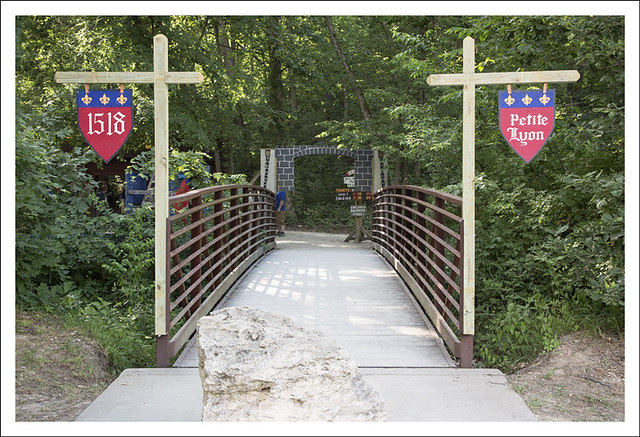 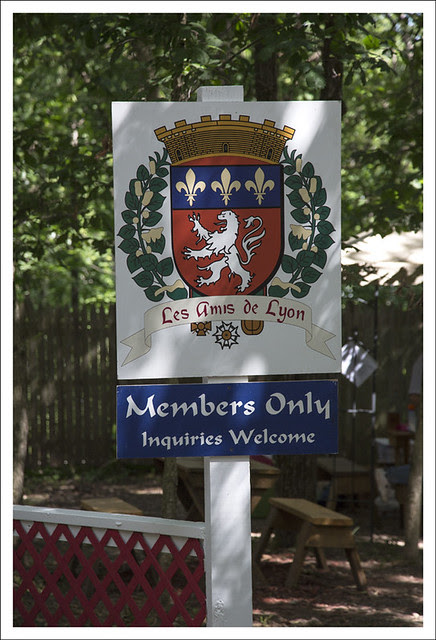 Methinks I remember this man. At least his face looks familiar.

So, how was the gastronomy in Lyon?

Yes, the deck shoes are out of place!

My church has a Boars Head Festival in Advent every year. Because I am very tall and fit into the costume, my wife and I were the king and queen for several years, wearing costumes very much like these. Great memories.

Ha, I can see what you mean, he really enjoys this, as I'm sure does his daughter.