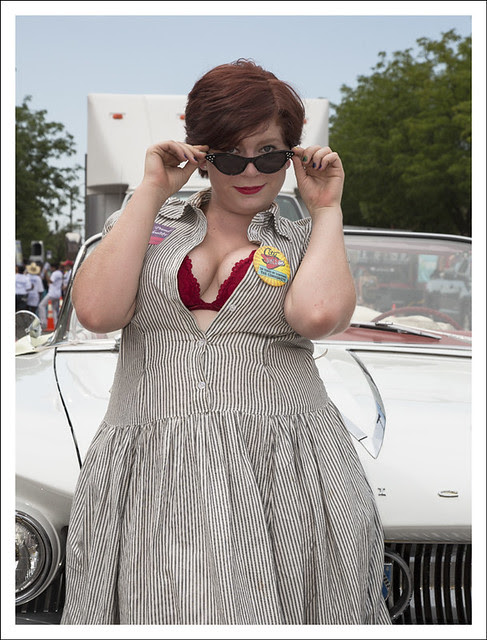 It's time for the most colorful photo-op of the year in St. Louis, the Pridefest Parade. Now, I'm as straight as the shortest distance between two points (although I've been hit on a couple of times at this event) but nobody cares. Everyone is delighted to have their picture taken. Everyone is tolerant, everyone has an attitude of live and let live, and let's have some fun while we're at it. It's a great day in the Lou. These are some of the first images I edited. Days' worth of material to come.

The temperature here hit 108F / 42C yesterday. Bone dry, 15% humidity, more like Phoenix or Las Vegas than the confluence of the Missouri and Mississippi Rivers. Exactly the same forecast for today. The first six months of 2012 have been the hottest since record-keeping began in the 19th Century. We've had almost no rain in May or June. Someone's gonna have to write an update of The Grapes of Wrath. 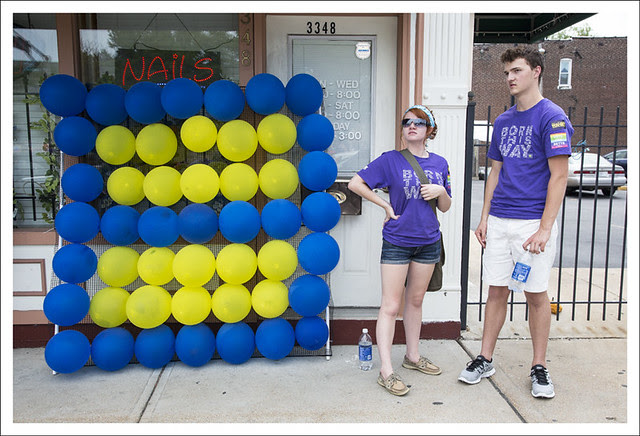 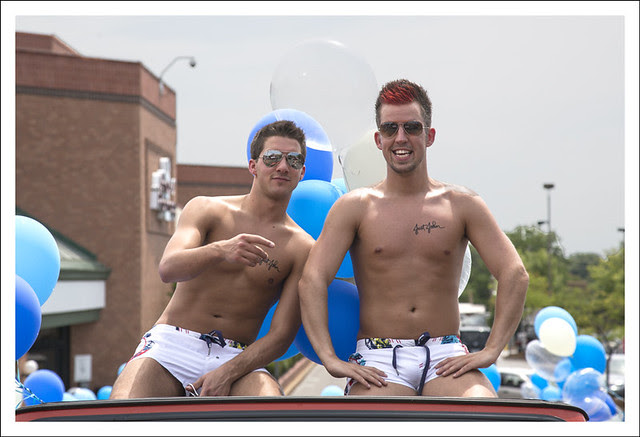 Smiles all around, the reflections in the sunglasses are great.


35°here yesterday with about 80% humidity. Thunderstorms and of course today we are back in the dumps.

I am sure you meet some big personalities at these events! Fun shots. :)

People do seem to be having a good time. Looks like the woman in your top photo regrets not having selected a dress with a lower neckline.

As for your first shot, HELLO there!

She's blocking the view of the Buick.

Wayne's comment made me laugh! Love these shots Bob, you're right..make love not war 'whatever', is the best motto! Looking forward to more.

I couldn't help but laugh at that remark, Wayne!

If memory serves, the Gay Pride Fest in the Lou is what brought us together, so to speak, 4 years ago on your blog. Although I'm still wishing I could see it in person with you, glad it wasn't this year. We're a bone chillin 102 here today. Whooeeee!
V

LOVE love love your first portrait today. The heat from St. Louis moved into OH, WV and other states east of you with nasty winds and thunderstorms and a lot of damage. I hope St. Louis only has to deal with heat.