Daniel Boone Asks For A Handout 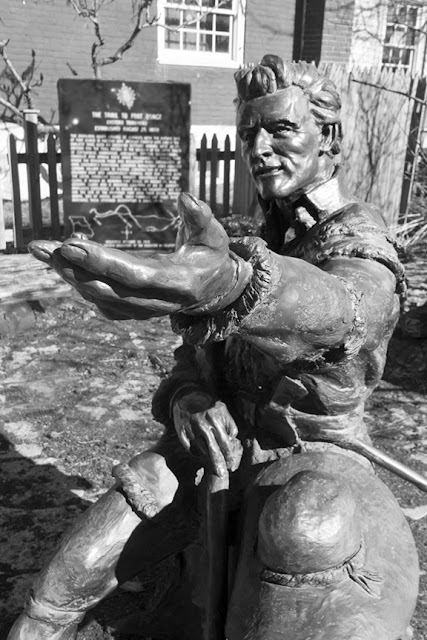 Americans, or at least those my age, all know of the legendary frontiersman, Daniel Boone. He opened trails from Virginia and North Carolina to Kentucky and Tennessee, leading to significant migration. After major losses in land deals in Kentucky, he ended up in what is now St. Charles County, Missouri, just across the Missouri River from St. Louis County. It was Spanish territory when he arrived, then French, and became part of the United States in the massive 1804 Louisiana Purchase.

So now St. Charles makes a buck off him any way it can. The statue above was down the street from the ice carving festival. It was designed by local sculptor Harry Weber, who seems to get all of these kinds of jobs around here. He did the statue of Chuck Berry seen here earlier in the month. Boone looks like he is entreating passers-by for a little help with his Kentucky debts. 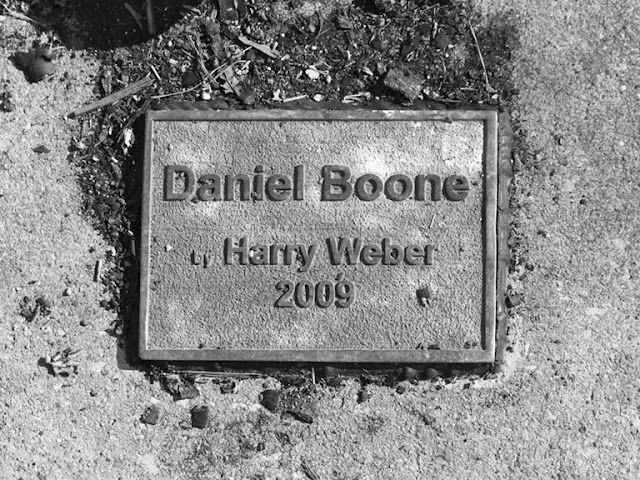 When I was reading this I kept thinking I don't remember seeing this statue but, now I see it was put up long after I had left.

He certainly looks like you'd expect out of a frontiersman.