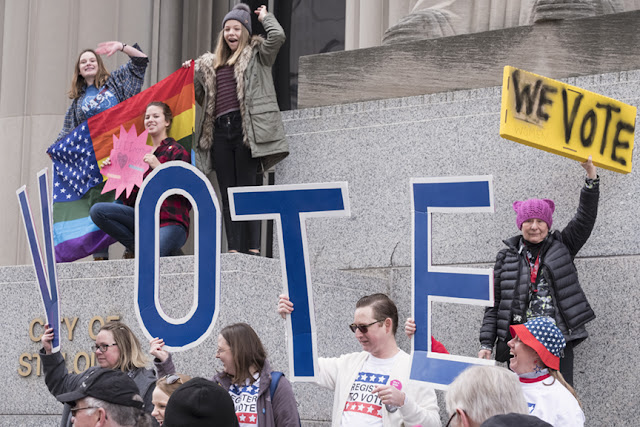 All kinds of themes, all kinds of signs at the women's march. The man in the bottom picture was walking around with a Trump puppet, doing sort of a stand up comedy shtick. His 6 or 7 year old son son followed him around taking video on a phone. No idea whether the shirt was meant literally or ironically.

I've been wondering how, in this country, blue became associated with the left and red with the right. Historically, it's the other way around, the tee shirt being a good example. The red banner of revolution! And, of course, blue-bloods, blue stockings, blue chip stocks. Anybody know how this came about? 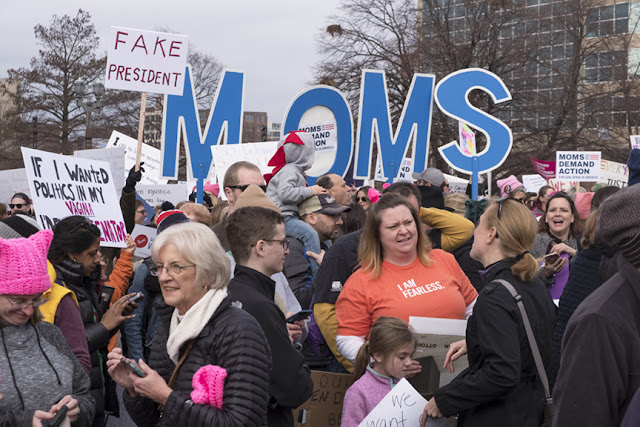 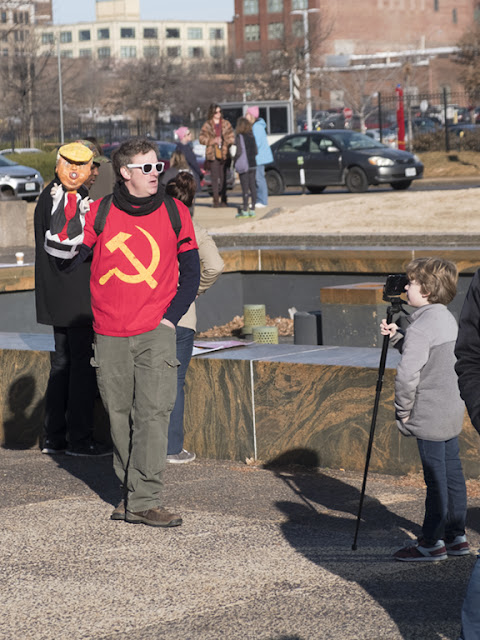 I enjoyed seeing the women's marches on the news Bob.. loved seeing so many men walking with them. Can't believe #45 didn't realize that they were actually marching in protest of him, could that man even be more dangerously stupid!

There's a lot of righteous anger out there in these marches, and Agent Orange will never, ever get the point.

I love these shots. I sure hope this spells revolution at the ballot box!

Lucky that still people care. Hope you have read my explanation of the turning of the windmills by using sail on the lattice to catch the wind.

The guy with the puppet has to be saying that Trump is a puppet of Russia.

I missed the march in Naples. It was late in the afternoon after five or six hours at an open studio art day and I got tired.