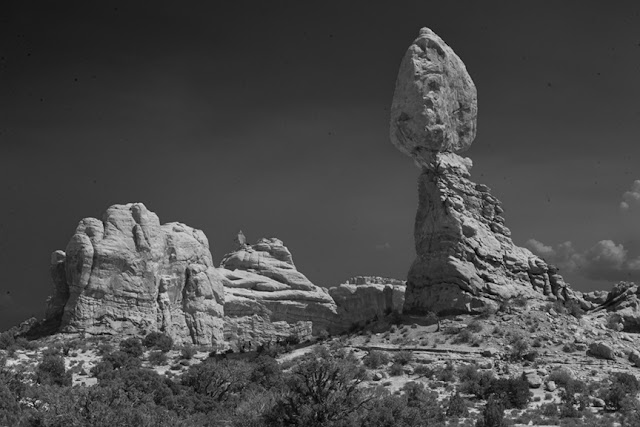 Black and white shots of the American west can be dramatic. Think Ansel Adams. He and I share a birthday but, um, the comparison ends there. And there is no point in considering a pattern since Kurt Cobain was born on the same date.

So, some attempts at B&W from Arches National Park. The improbable structure above is called Balancing Rock. No idea how it formed but it certainly suggests impermanence.

Do your own Rorschach test on the second pic. Some people thought of a lion, others of a Mesopotamian ruler. I think it looks like an English barrister with full wig who is about to unleash a mighty sneeze. And the third one? Maybe a microscopic illustration from a pathology textbook. 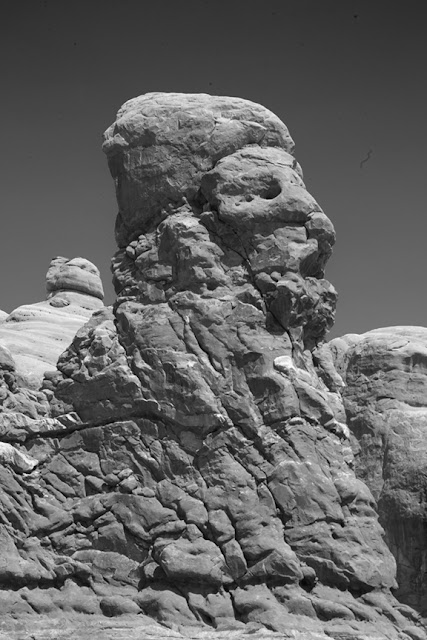 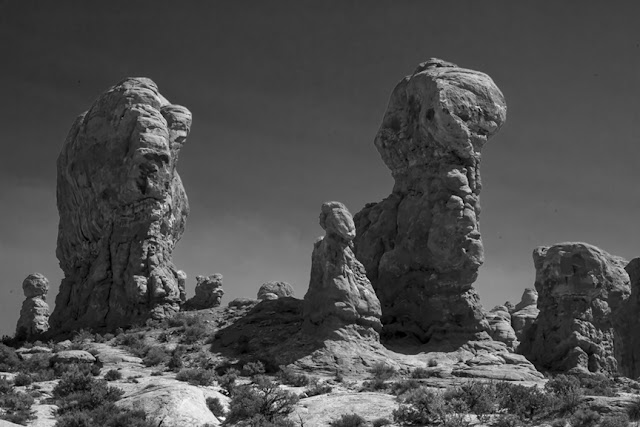 I was thinking Ansel Adams before I even read your comments. Nicely done!

I'm going with a lion also but Bob your interpretation of an English barrister made me laugh, nothing to do with you being a lawyer right 😀