As you can tell, I've been trying desperately to learn theater photography. Sometimes my existing skills are enough, sometimes not. One thing I've learned is that the stage lighting makes a big difference. Broad lighting in a new space is a snap (see earlier posts on A Song For Vanya). On the other hand, the small space in the Kranzberg Studio Theater can have very uneven light. How to expose when one actor, or a part of an actor, is in the spotlight with the rest in semi-shadow? There is Photoshop, of course, but even that's often not enough.

This was the challenge in shooting The Everest Game. Veteran St. Louis actor Joe Hanrahan finds a magic lamp and releases a genie, who grants him a single wish. (Times are tougher than they used to be.) He chooses to go to London in 1970 to prevent the breakup of the Beatles. Hanrahan approaches BBC news reader Brenda Diamond, who announced the horrific event. Through a series of improbable meetings, Joe persuades John, Paul, George and Ringo (all played by women) to give it one more try. Yoko Ono goes along with the plan. The name of the show comes not from the mountain, but the brand of cigarettes a sound engineer at Abbey Road smoked.

I've been listening to Sgt. Pepper as I write this. My sister and I saw the Beatles second concert at Shea Stadium, quite near where we lived in Queens. Must be dating myself. 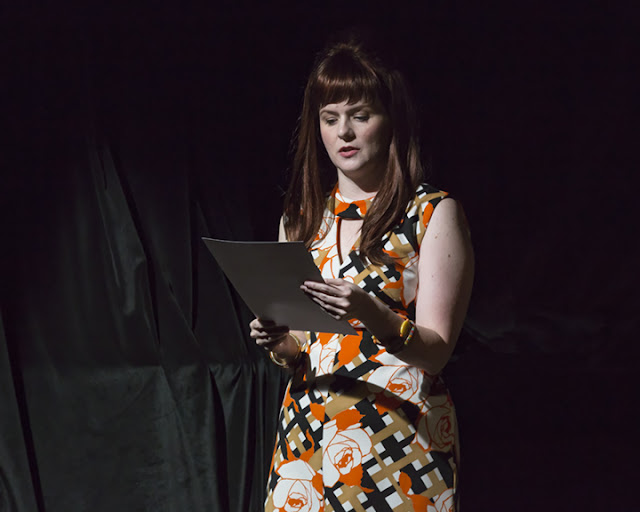 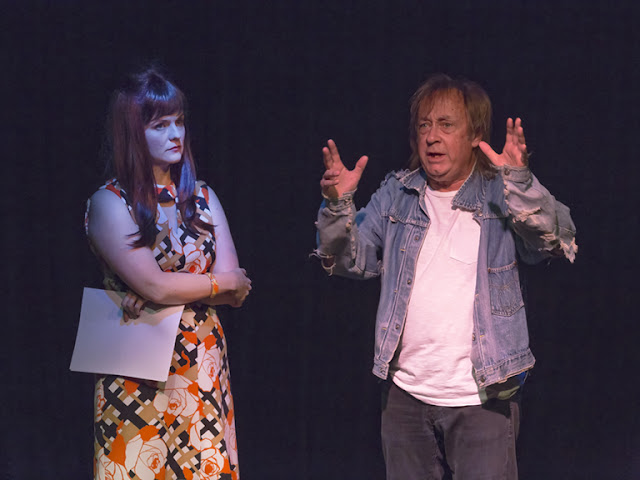 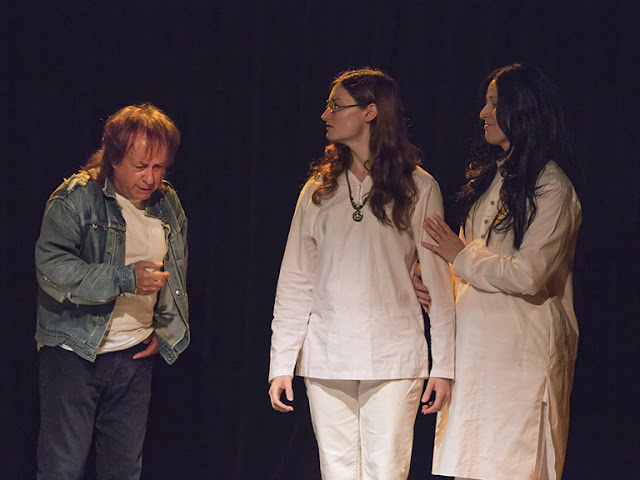 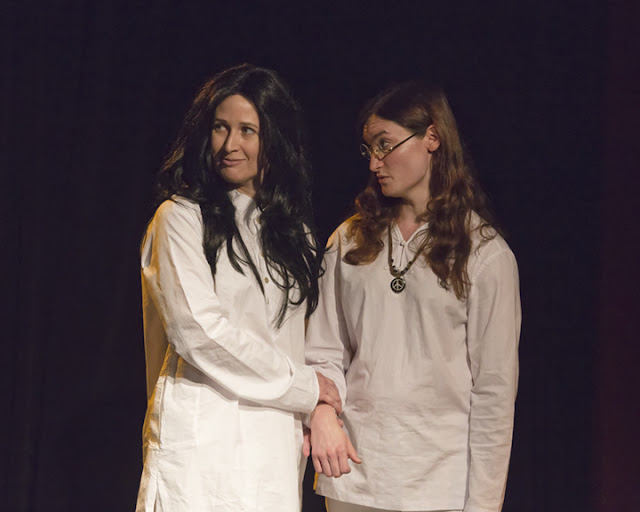 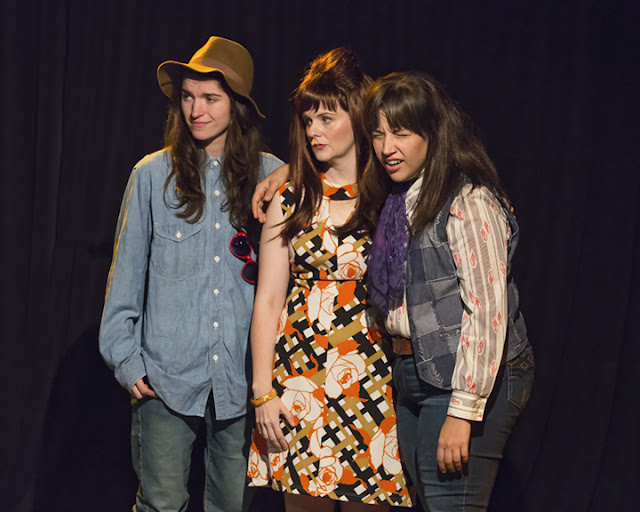 Everything looks dated to that period.

Sounds like an interesting take on the Beatles. Photography can be very challenging with the stage light. I haven't done that in years but I remember working in the darkroom to get the effects I was looking for in the photos. Glad that is over, it was time consuming. :)