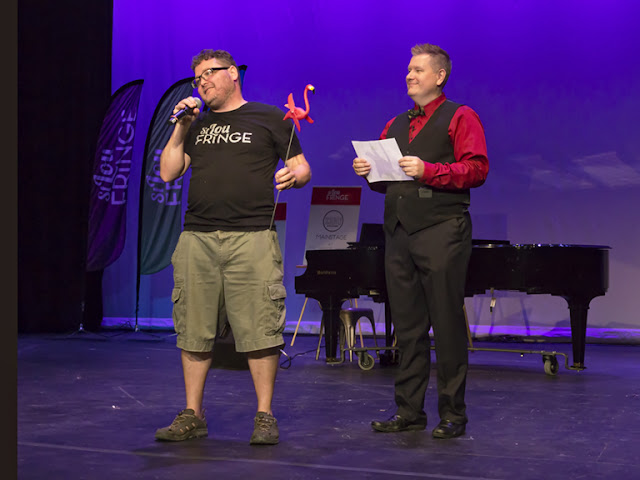 I have photos from one last Fringe show still to edit Shakespeare's Women, but today is a travel day and I'll have to squeeze it in when I can. For now, a few shots from the festival's closing ceremonies in the Grandel Theater. Executive director Matthew Kerns and technical boss Kevin Bowman first,  followed by stars of this year's productions and, in the last two, what's to come next year.

I'm writing this during a layover at the Dallas-Fort Worth airport. Flying on soon to Grand Junction, Colorado, and driving to Moab, Utah, late this afternoon. Arches National Park tomorrow. No steel versions there. 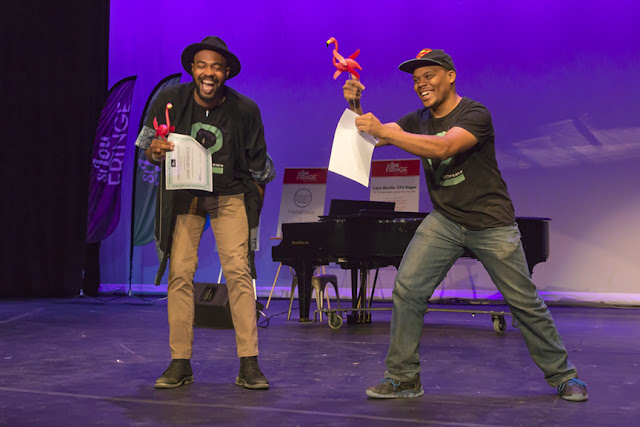 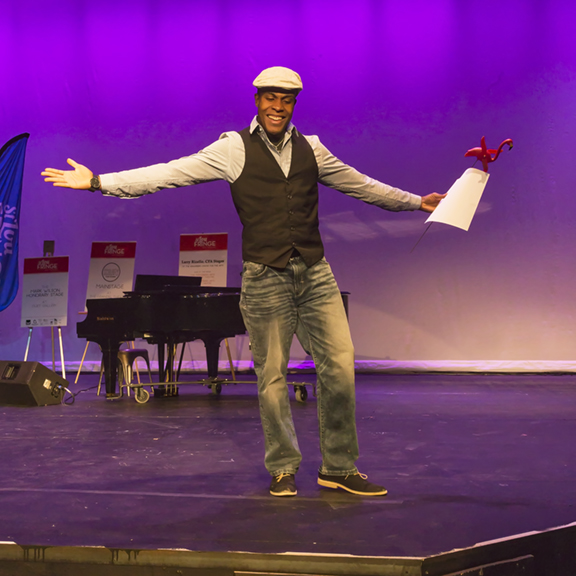 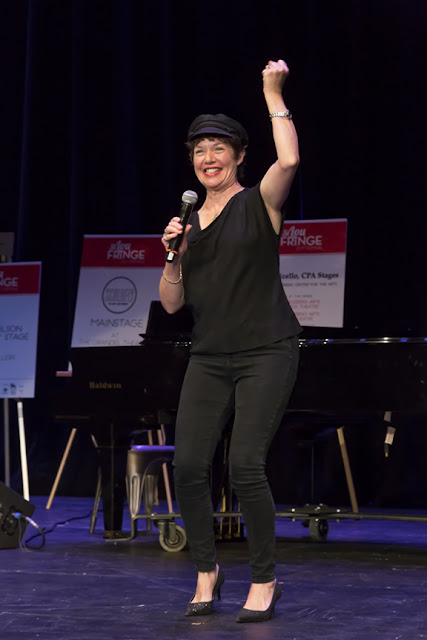 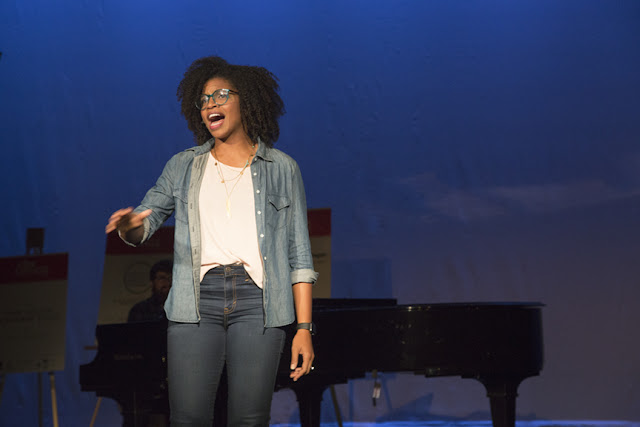 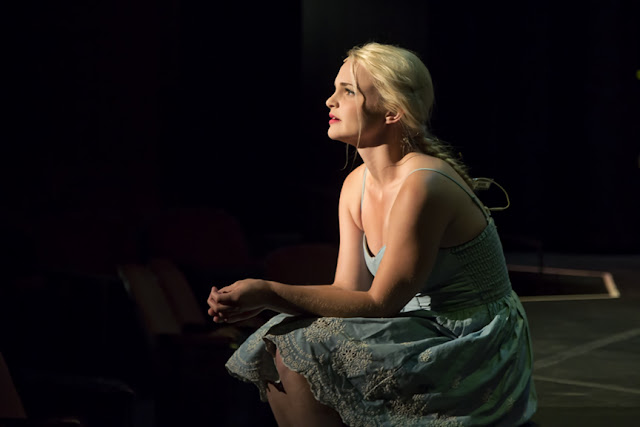 You captured some wonderful facial expressions.

I've loved all of your Fringe photos Bob, you have really got a handle on the stage lighting, it's so tricky but you've done a top job, I can only imagine how pleased the performers and organizers are!

That last one is my favourite.