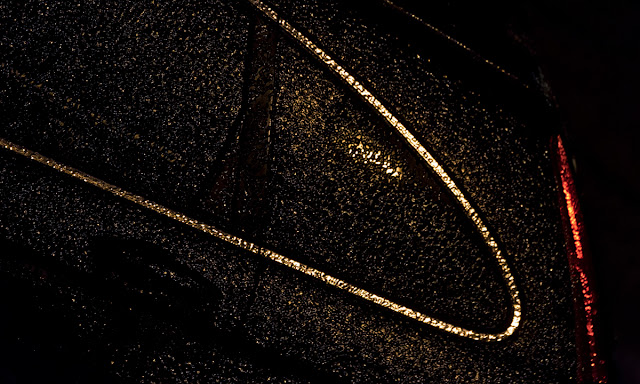 Television weather reporters in the U.S. love to whip the masses into hysteria: disaster is approaching us! Buy out everything in the supermarket now, hunker down deep in the core of your home, don't dare venture outside, and whatever you do, don't stop watching this station for up-to-the-minute developments!  And then, more often than not, it ain't so bad.

And so it was here on Friday. There was freezing drizzle most of the day but the highways and arterial roads were well maintained and quite passable. Some residential streets were icy. I closed our office to be on the safe side. But I went out yesterday morning looking for crampons and the major streets were fine. Unfortunately, Walmart was sold out, Lowe's doesn't carry them and REI didn't open for another hour.

There was some buildup by dark. The top picture is my car. Our garage door is broken so we've been parking in the street. The second shot is the street just beside my house. There was little traffic but what passed by had plenty of traction. 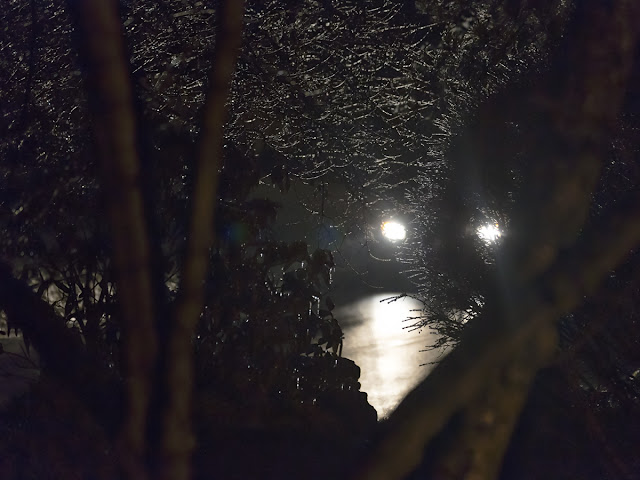 It seems the governments are sending out endless warnings here too. Code, orange, yellow, red, I don't even know the differences anymore. I think we have our own common sense to see what weather it is and take the challenge to go out or not.

Its now standard business by the media to incite the masses if it is the truth or not. Very questionable as even the weather stations are going with this trent.

What a time for the garage door to breakdown, your car would have felt all cosy and safe in there instead of vulnerable on the road ☺ Super shots Bob, almost abstract!
P.s. I was hoping someone would pick up on my title 'Summertime blues', love that song 😊

That second shot particularly appeals to me, Bob.

I recommend Yak Trax. My mother used them on her boots in the winter.

The local weather forecasters here seem much more reasonable and calm when there's a storm in the near future. They'll just say what's expected, and to give yourself more time on the drive in or out of work, and to take it easy and be careful. The forecasters out of Toronto, on the other hand, seem to go into apocalyptic and it's a Donner Party situation mode anytime there are five centimetres of snow in the forecast.

I'm glad you didn't have to slip and slide around town. That's always a scary feeling when the car goes one way while you are turning the other.

The media seems to go into a frenzy here too!
I have 2 pairs of crampons since falling on an icy sidewalk and breaking my wrist several years ago! They really work!