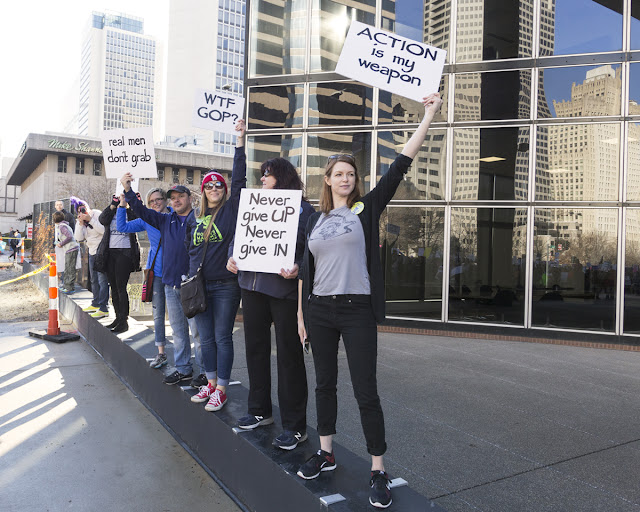 The heroic stance of the woman in the first picture sums up nicely the mood and attitude of the Women's March. What we don't need is the conduct Yeats describes in The Second Coming: The best lack all conviction, while the worst are full of passionate intensity. The worst are not on the horizon. They are inside the doors and they have the keys.

The sign in the second picture triggers some of my worst fears. The new administration is heavily sprinkled with climate change deniers, among the worst of the irrational loonies, people driven by ready-made, rigid belief rather than data. No one knows what is at the end of a road but am apprehensive about my grandchildren's future. 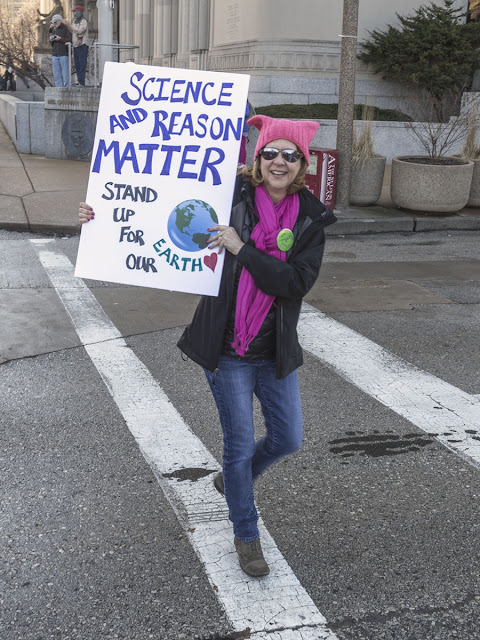 Yes it is a fearful time looking at the future.

It definitely is a troubling time, with a presidency that shrugs at reality.

Loonies is a good description.

I am very worried about the environment. When we run out of clean water and safe food, there won't be hope for us.