STATUE IN THE CROSSHAIRS 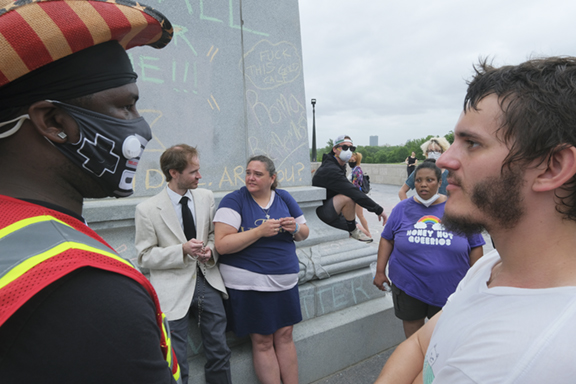 A new development in local political and social protest: for the last couple of days there have been people in Forest Park demanding the removal of the great statue of St. Louis in front of the art museum. It's been seen dozens of times in these pages. The demonstrators claim that Louis IX, if I get it correctly, was a genocidal actor against Muslims and Jews. They want to rename the city, too.

Apparently this peaked about noon Saturday. I didn't hear about it until a bit later from a headlines email from the St. Louis Post-Dispatch. I got there about 2 when the crowd was a lot smaller. There were Catholic counter-protesters defending the statue, like the couple left-center above who were saying the rosary.

If you are interested in this, locals I assume, see the Post-Dispatch on-line article at https://tinyurl.com/yddlqmbm . Its pictures at the height of the action are much better than these. There were some scuffles yesterday. The comments to the article are worth a look, some insightful, some stupid. This started a few days ago and there are reports that a couple of the Catholics got beat up.

There are more pictures. I'm going to report on this and not take a position. If I did I'd lose either way if this post gets around. This may peter out but, if not, it could get ugly. 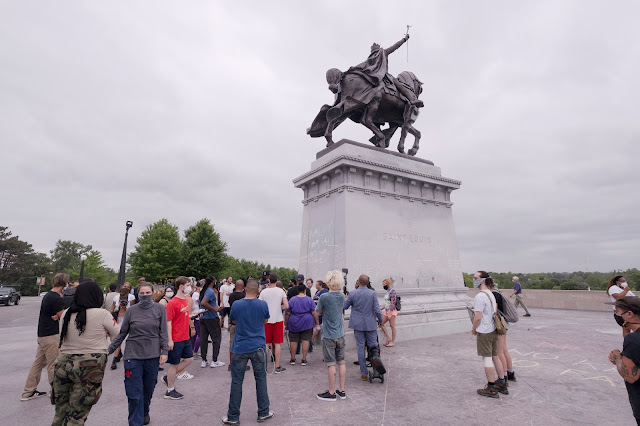 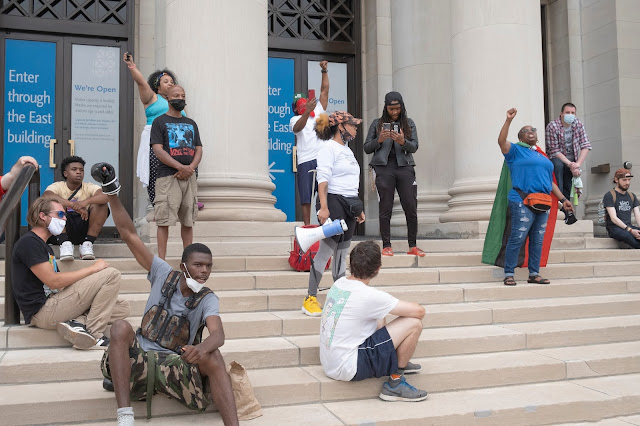 Same in the netherlands with people from that time who deserved a statue. Yes we live in history making times.

I hadn't heard about this one. I have a feeling these things are going to start popping up all over. I read yesterday that there is a petition in Orange County to rename John Wayne Airport and take down his statue there. From what I read, he was extremely racist and homophobic. I should have known that.

Not an easy issue to deal with.