EVEN HERE IN WEBSTER GROVES 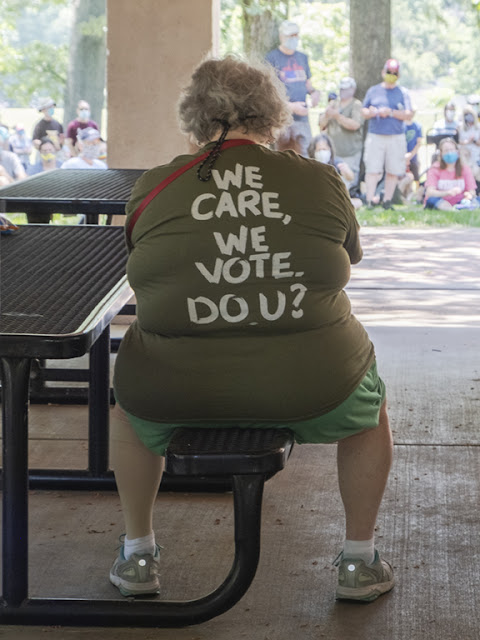 I live in what is sometimes called a leafy suburb, Webster Groves. Just two miles outside the city limits of St. Louis proper, it is green, comfortable and convenient, a mix of working class to upper middle class but leaning toward the prosperous. And old, by local standards, meaning that it was established in the late 19th Century.

There have been rallies and marches throughout the metro area in the last week. (Remember that Ferguson is also a suburb of STL.) One was organized in a Webster park by young people who grew up here and went through the school system. Most of them were black but there was also a young Jewish man, the son of immigrants, who described himself as "one of about 2 1/2 Jews in Webster High."  Over and over, they told horrifying stories that most white people don't know, repeatedly asking what we are going to do. Therein lies individual responsibility. 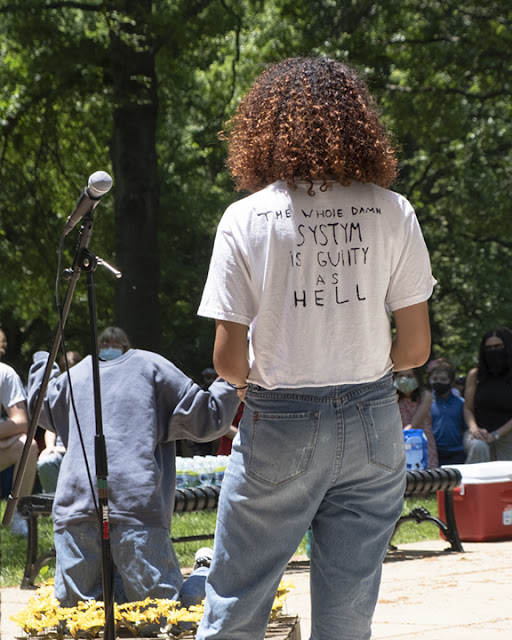 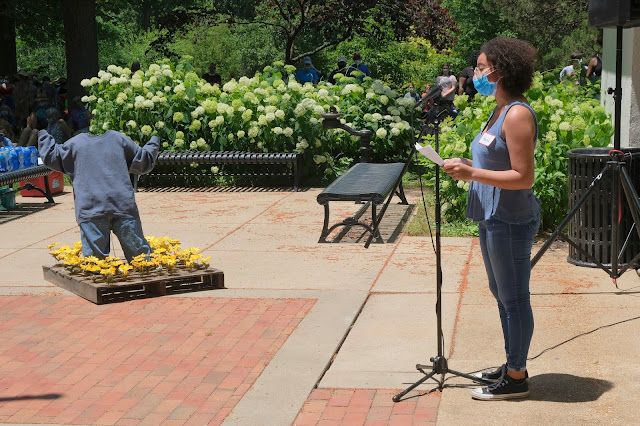 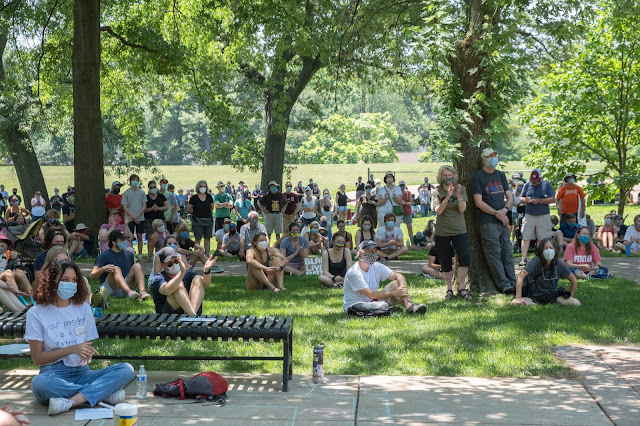 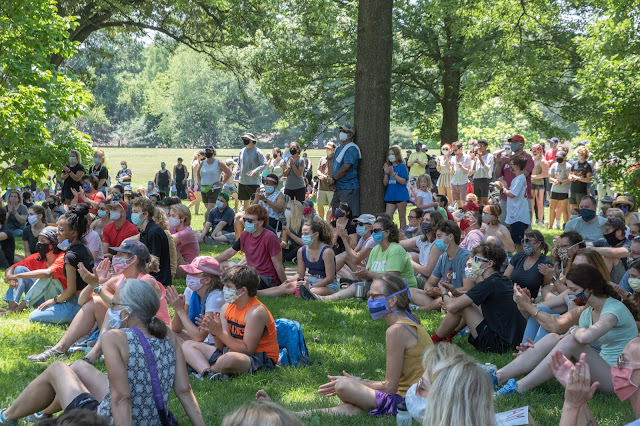 We now get the clash of conscience about discrimination and stick to the distance measure against covid. Here it still looks pretty organized but in Amsterdam things got completely out of hand.

It will be the younger generation who gets us out of this.