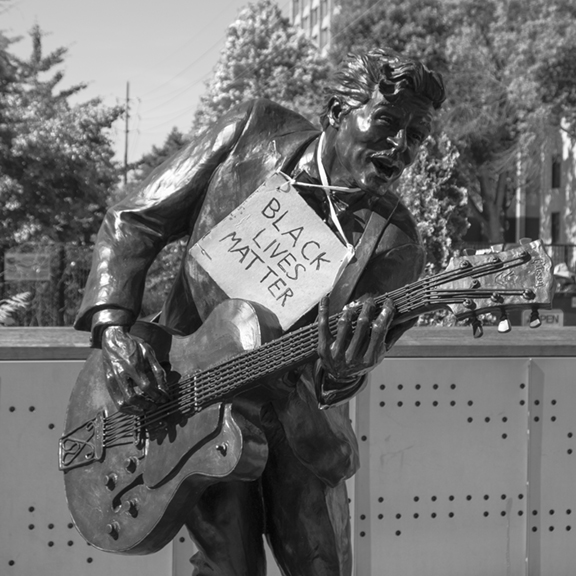 Chuck Berry, sometimes called the father of rock and roll, was born in St. Louis and lived here most of his life. We got to hear him play a few times. Even though my interest in popular music declined through the years (I mostly like unpopular music now), it was always a joy to hear him perform. He often played, sometimes unexpectedly, at a bar and restaurant in The Loop called Blueberry Hill. A statue was erected in his honor in 2011 across the street. I was acquainted with the sculptor. After the dedication, he got me into Blueberry Hill for the party. I got a decent close up of the great musician, https://tinyurl.com/ybndyrot .

I like Chuck Berry. Would have loved to have seen him in person.