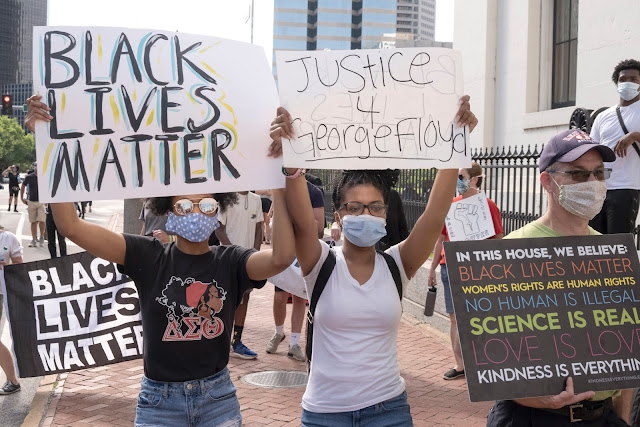 There was a demonstration in downtown St. Louis yesterday afternoon. It started at what is euphemistically called the City Justice Center, the jail where criminal defendants who can't make bail are held pending trial. That was too far for my crumbly spine to carry me from my office but the crowd headed east on Market Street toward the Arch, where I met them.

My guess is that there were a couple of thousand people. The march was well organized. People were angry, people were shouting, but it was peaceful. There were more white people than black. Almost everyone wore masks but maintaining distance was out of the question. No politicians, no major leaders that I could tell but the city has promised to distribute masks at any future events.

There are many more of these photos but i have no energy to edit more. Maybe I'll add others later. 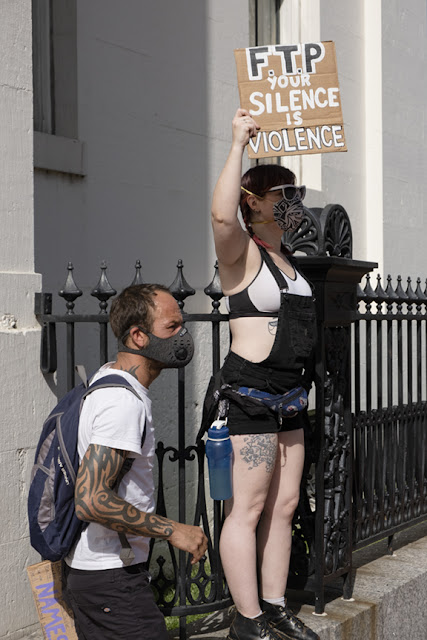 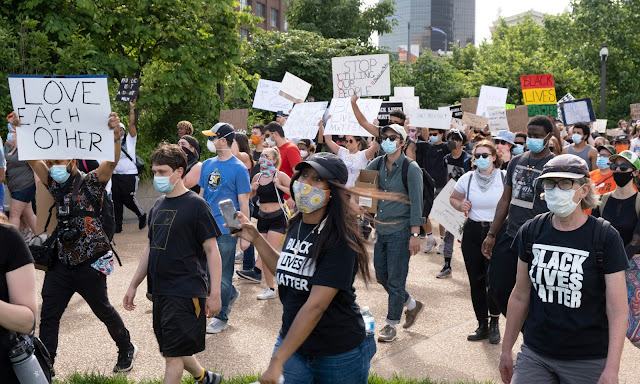 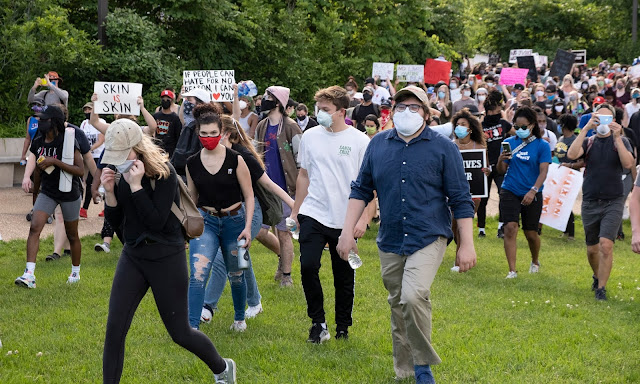 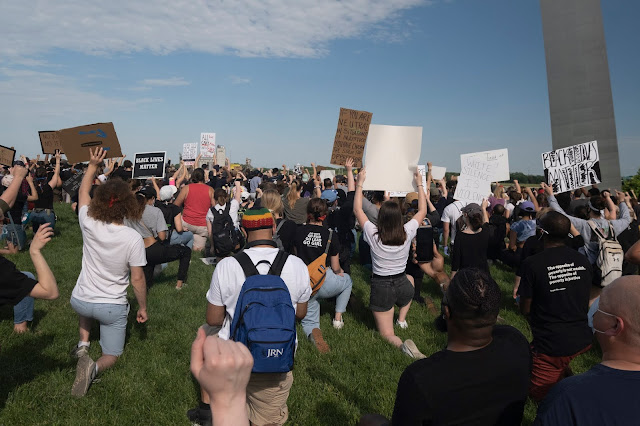 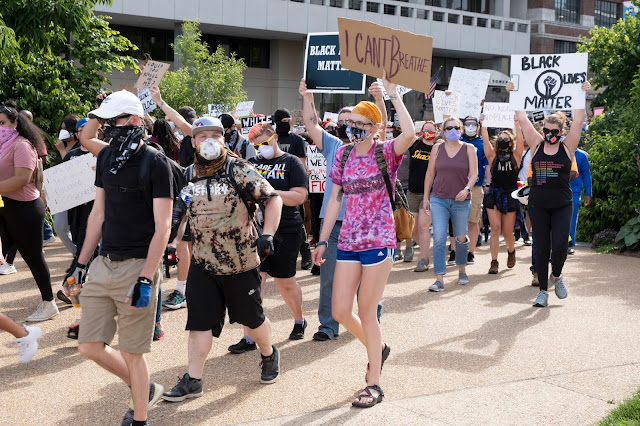 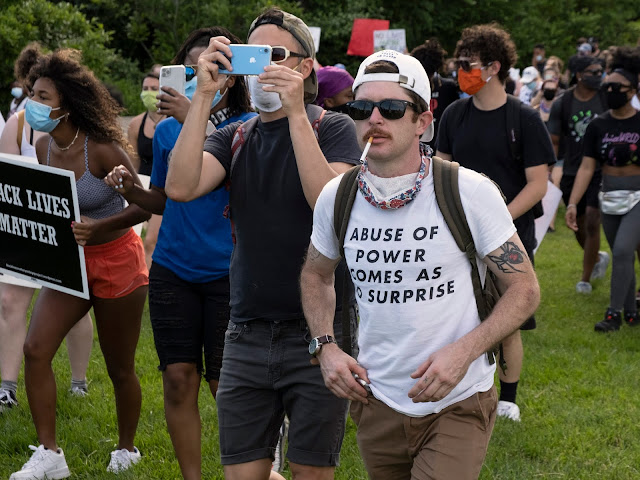 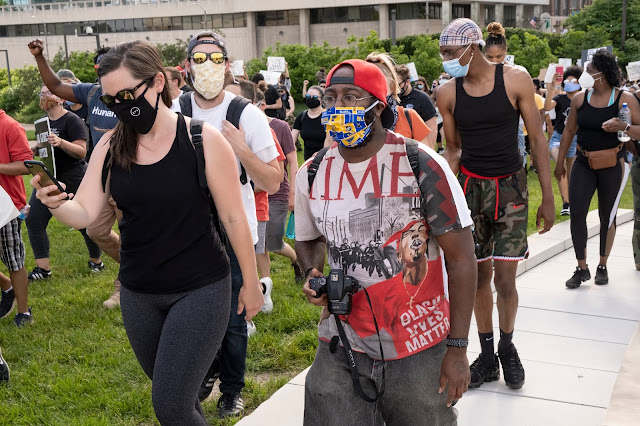 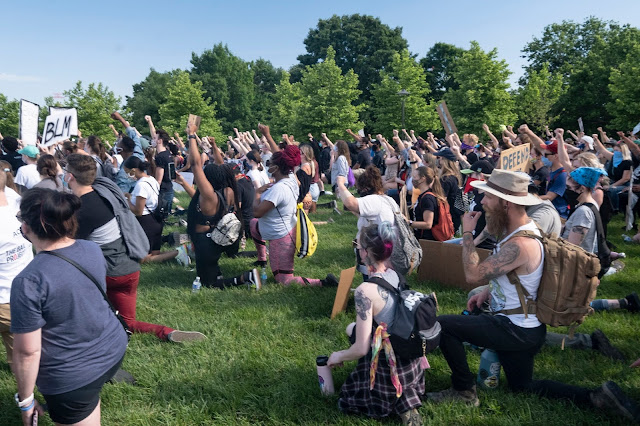 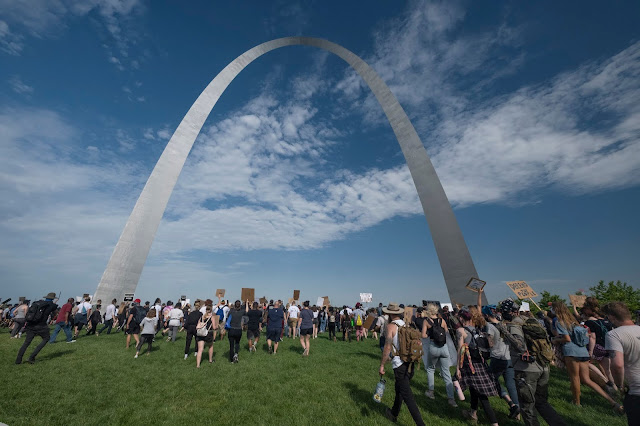 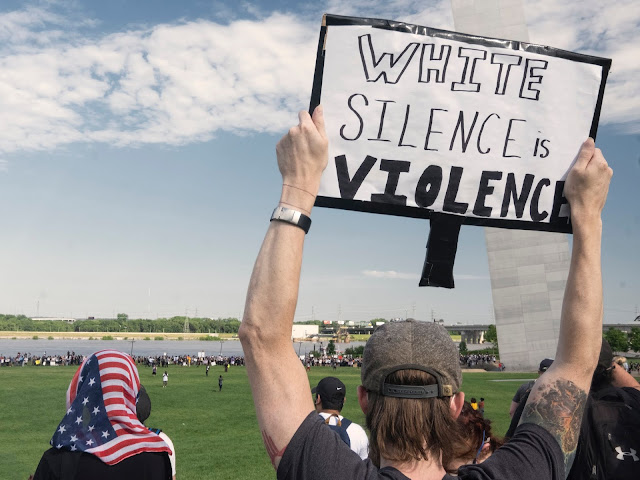