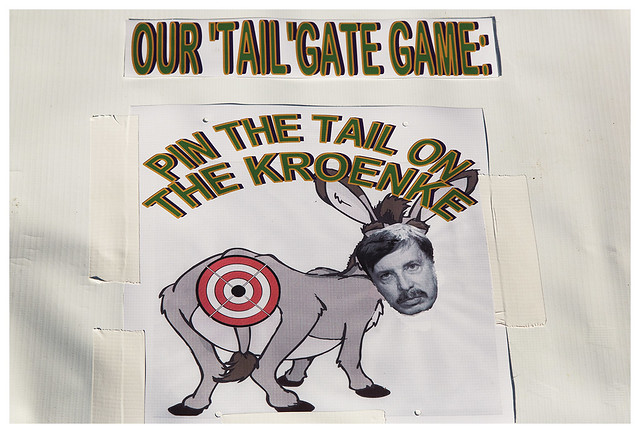 Enos Stanley Kroenke, known as Stan, is the principal owner of the St. Louis Rams football team, the one who made a fool of our region's population when he recently dumped on us and moved the team to Los Angeles. Not that I care for football but this chap epitomizes the arrogance of the super rich.

Stan had the good business sense to marry into the Walmart family fortune. It's said he is worth about $7.5 billion and his wife another $4 billion. He also owns the hockey and basketball teams in Denver and the majority stake in the Arsenal football club near London.
Some of the displays on the Mardi Gras floats were directed at him. And a prosperous local lawyer paid out of his own pocket for an ad during the Super Bowl to express his thoughts on the subject. Way to go, Terry.

Miami tonight, if the force is with us. Further south tomorrow. 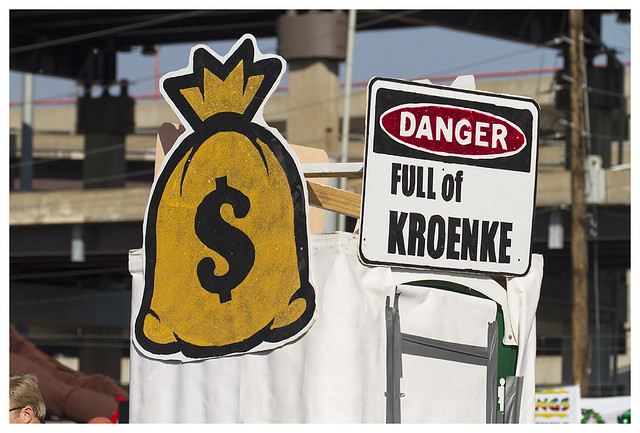 That's no way to re-pay loyal fans! Karma will get him in the end Bob :) Safe travels.

When Stan bites the dust someday, a lot of people will forego the usual not speaking ill of the dead thing and spit on his grave.

The way I hear it, ol' Stan has stuck it to a lot of people--business associates, sports fans (like the fans of the Rams and Arsenal in Britain). Even Vince McMahon had a run-in with him over a last-minute cancellation of a WWE event that was to take place in one of Stan's facilities in Denver some years ago.

Love the commercial: straight to the point.