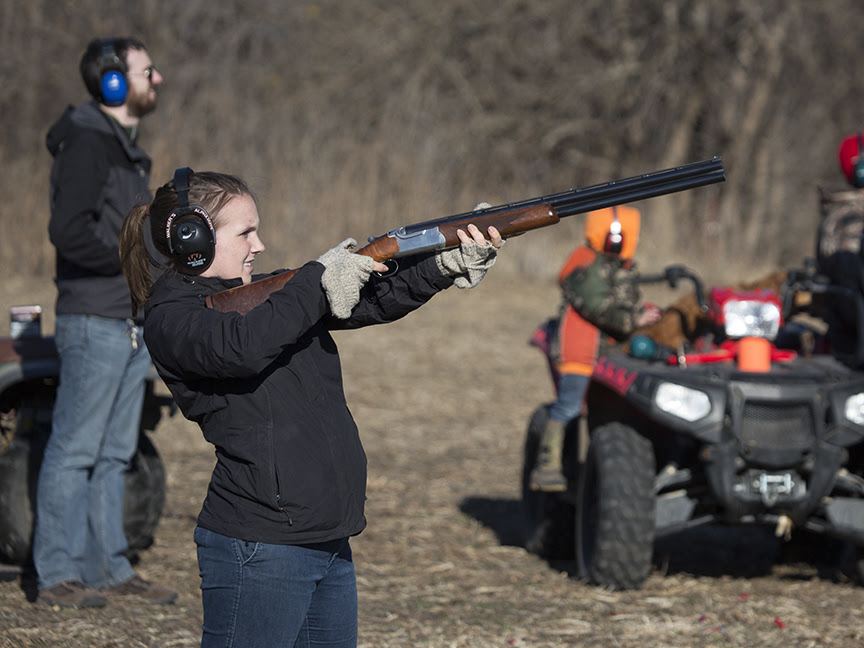 A tradition on the Kruse family farm on the day after Thanksgiving is to get out the shotguns. They attempt to hunt for pheasant, quail or whatever other innocent but edible birdies happen by. Yesterday morning there were more game birds on my decorative coffee cup than out in the fields. Some of that tomorrow, maybe.

After the usual enormous buffet lunch, a bunch of us go out to the back fields for trap shooting. This year, son Andy and special friend Claire drove 600 miles / 965 km from Chicago for the weekend. Claire grew up in a town in north central Michigan, about as rural as this area. Despite the environment, she had never fired a gun before yesterday. Not that Andy is steeped in rural lore, but his country cousins have taught him the system.

He provided patient instruction to an eager student. She might have understood it better if Andy had taken his cup out of his mouth. Note the look of concentration on Claire's face. Note the reason in the last picture for him to be very nice to her when they get home. She's ready for the streets of Chicago. 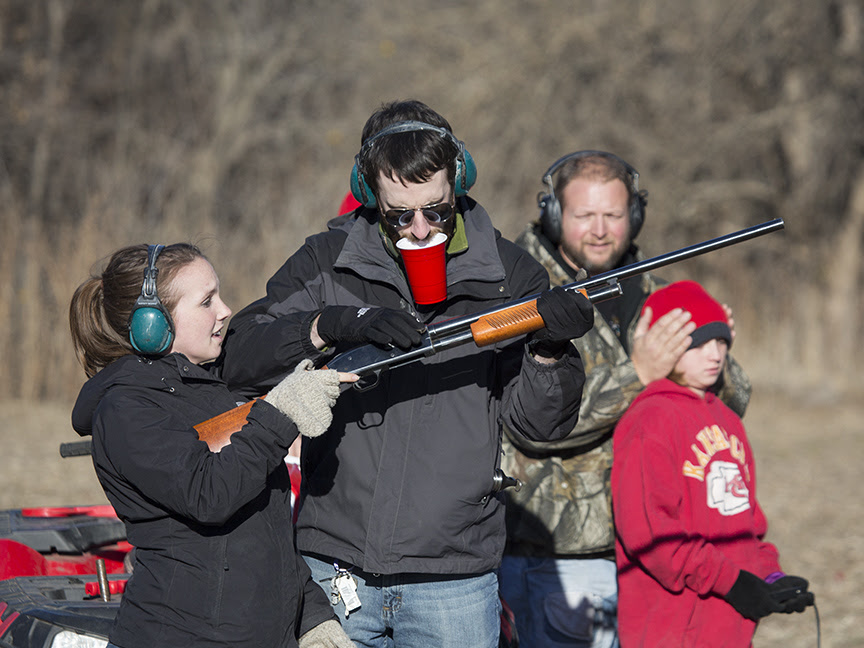 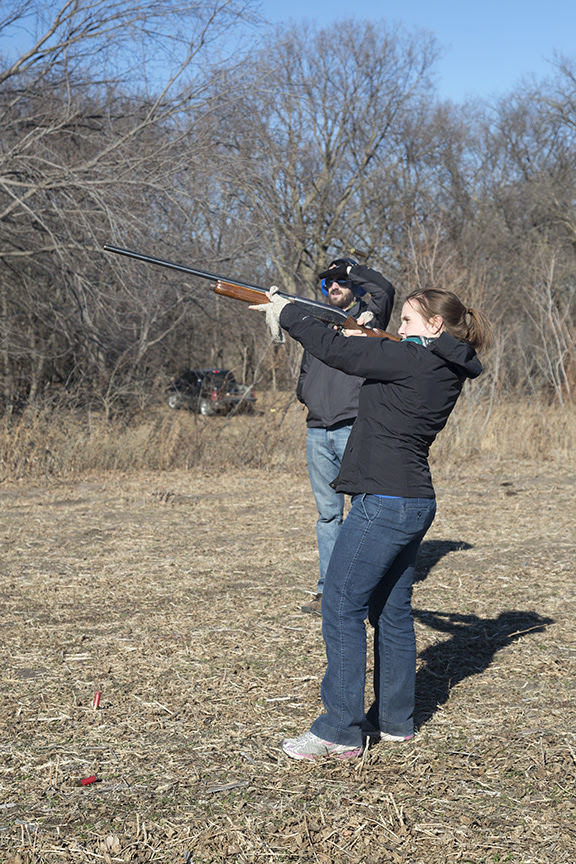 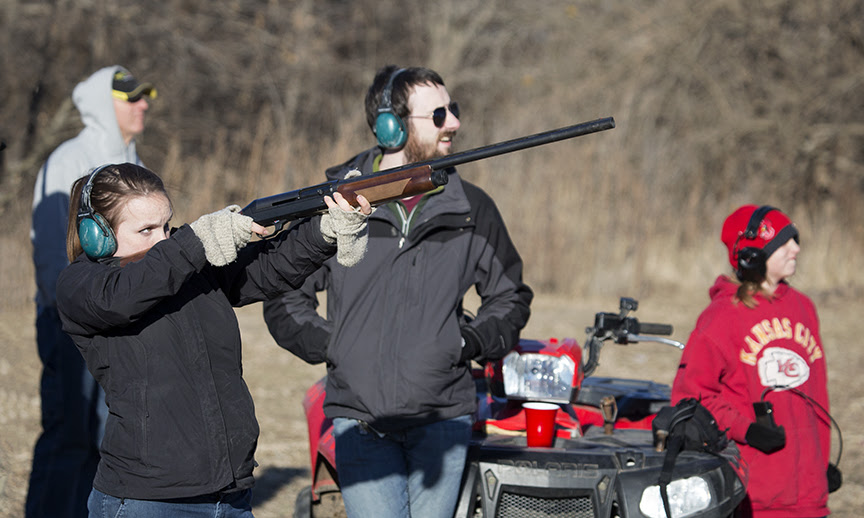 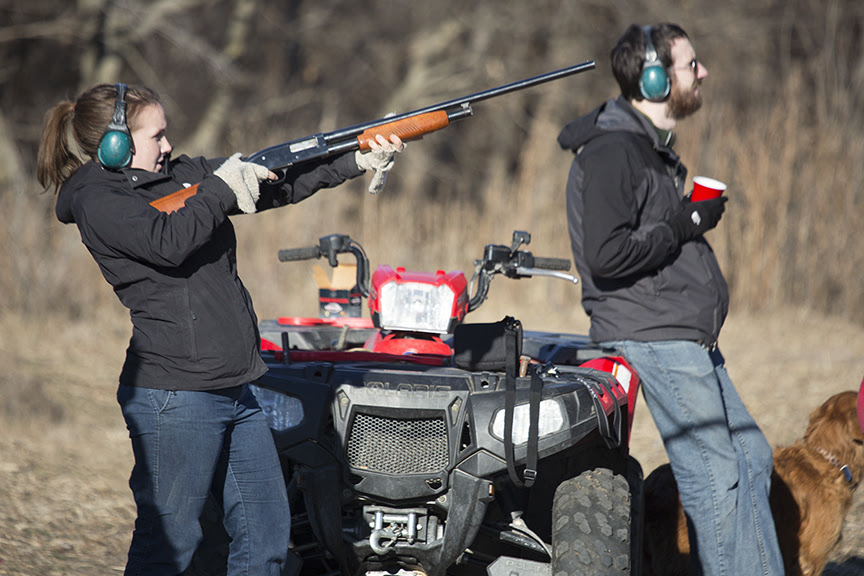 Never tried my luck at trap shooting. Fun to see some family photos.

Among the many things I find peculiar about American Thanksgiving... the family hunting tradition!

The men in our family used to go deer hunting every Thanksgiving morning...now they help cook the meal!

The last photo is so scary. I hate the idea of guns being aimed at people.

You go Claire! You are ready for a trip to Bama girl!!!!
V

What happened to a long walk in the countryside after a celebration haha!

I'm rooting for the birds. And if they remain elusive, the hunters will get more exercise. It's a win-win.