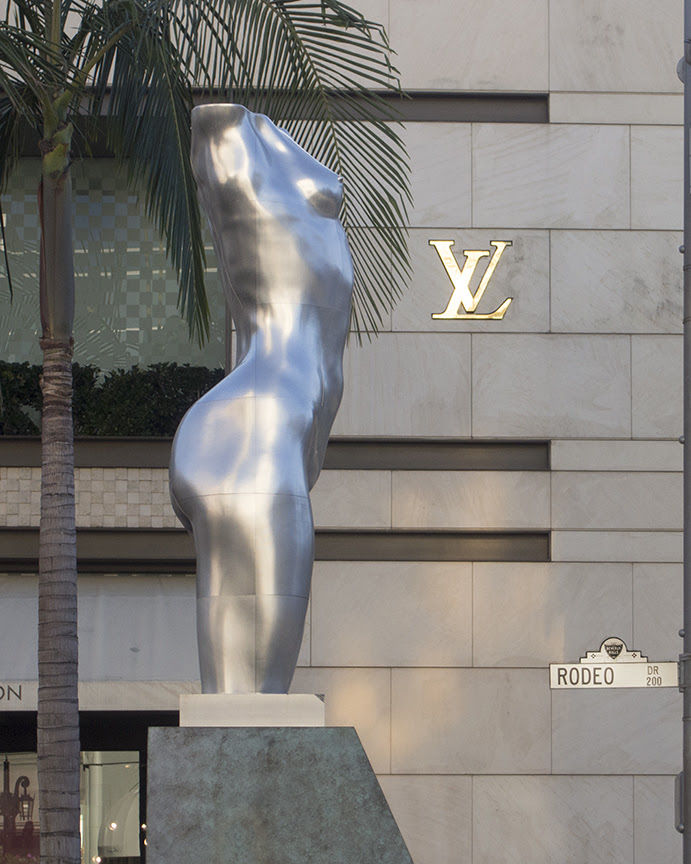 Rodeo Drive, Beverly Hills, California. This may have been the place where the saying about a fool and his money was coined.  It was quiet on a Sunday afternoon. Every manner of conspicuous consumption was at hand but they were not well patronized. Must be the economy.

As I walked along Rodeo I passed two men on a corner who might have been homeless. They had a small table in front of them. A rabbit - I'm pretty sure it was a real, live one - sat still on the table, upright on its haunches, wearing a little vest, still as could be. It would have been a great picture but I don't like to pay for them and I was sure it would be expected. I kept going.

As I waited for the traffic light a young man came up beside me. So slim, so very fashionably dressed, such perfectly sculpted artificially blond hair. He carried a shopping bag from Barney's New York, an expensive men's clothing store. He turned my way and said "they're asking for $15 to help feed the rabbit and then $10 for themselves. Hmmmppphh." I nodded knowingly. His expression made it clear that he was sure I understood. But then why not ask those kind of prices on Rodeo Drive?

Above, the Louis Vuitton store. Note the statue, whose angles and proportions aren't quite right. Look closely and you can see that it's not a solid casting but made up of blocks. But mannequins are a foundation of Rodeo Drive. Interpret it as you like.

Below, Bulgari and Gucci. The jewelry store insists on using the letter V in the second place, rather than U. It's based on Latin, which used this letter for both sounds. A group of common folk waited outside Gucci, perhaps hoping for alms from the rich shoppers.

It was too late for breakfast at Tiffany's but you could have a late lunch there. I didn't look at the menu. I didn't want to know.

Chanel, of course, sells clothing as well as its famous perfume. I wondered what the largest size dress they carried might be.

NOTE ON YESTERDAY'S POST: for those who asked, I'm almost certain that the Marilyn Monroe figure was a statue. The reference is to stars leaving their hand prints in wet cement on the Hollywood Walk of Fame. Note the way the platform is shaped, with a cutout to MM's left for a tourist to slide into for pictures. 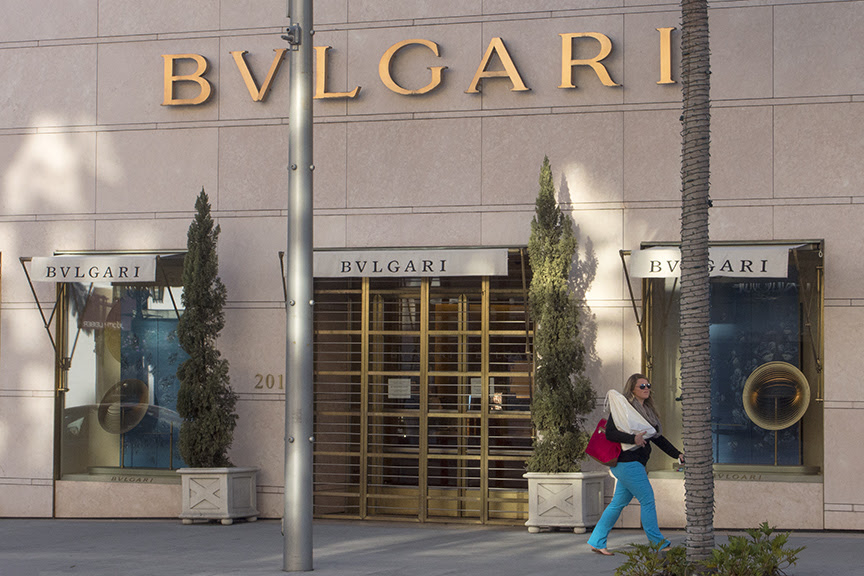 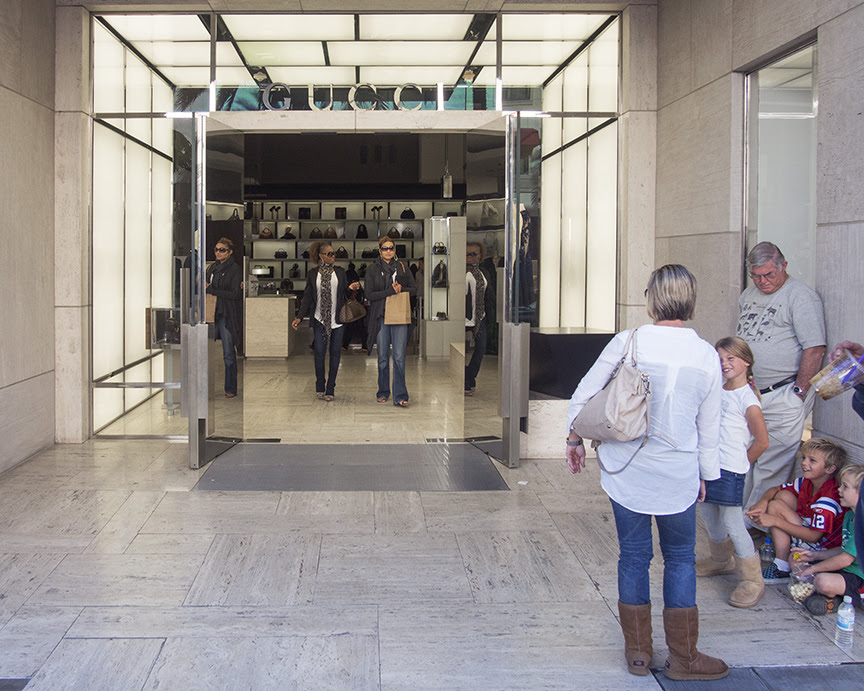 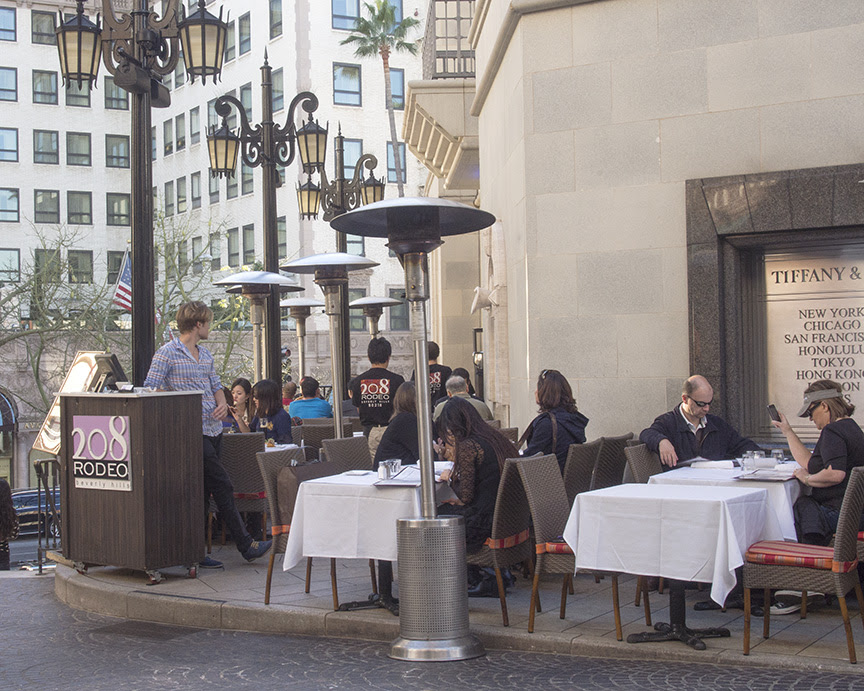 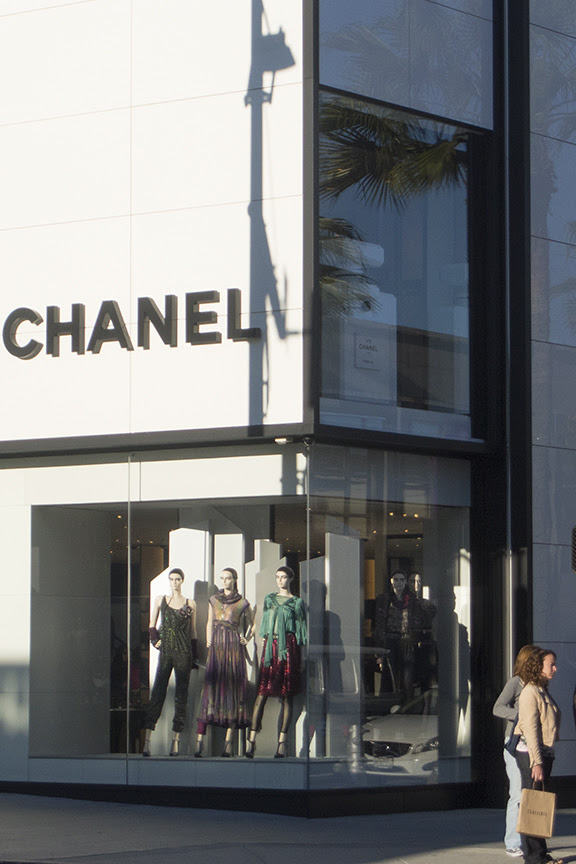 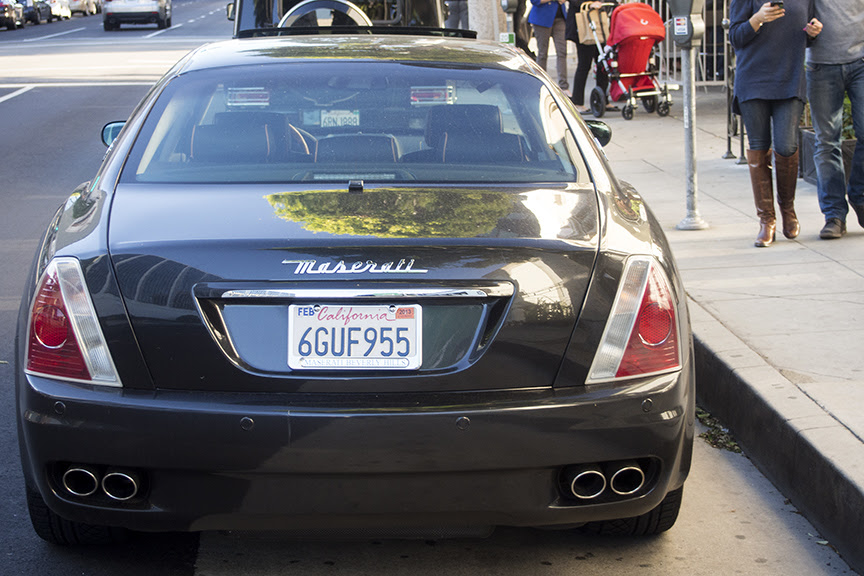 Luxury will always be there...

My first thought was that if you want to see EXCESS, cast a sculpture of MOI! :)
V

I walked into a Louis Vuitton store once just to see. Women's purses $20 and $30 grand!

It looks as soulless as I would have expected of that area.

You could in Monaco, Bob! I lived in LA for two years - everyone looks a good deal smarter and better off than in my day!