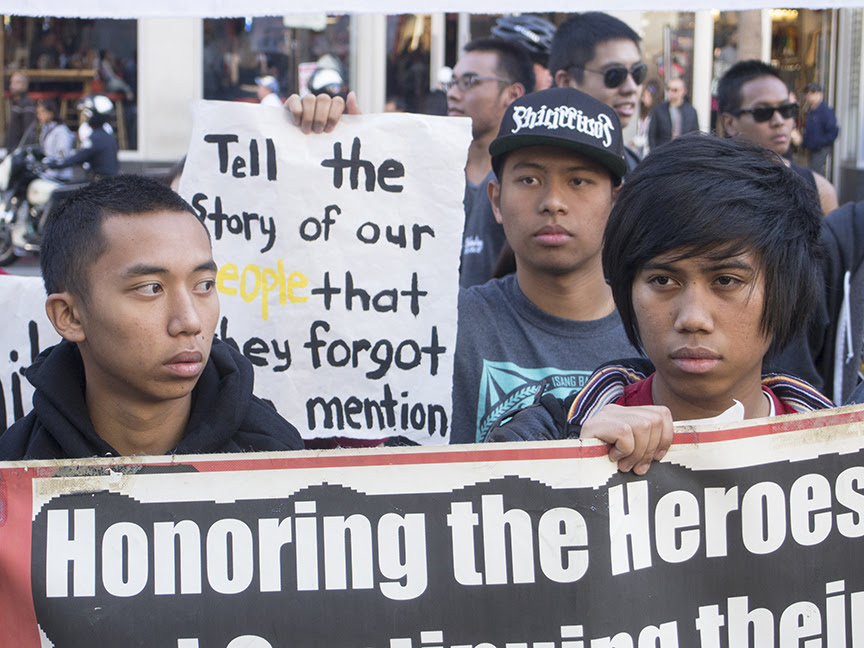 It's almost midnight my time and I just got home from the airport. These pictures were edited on the plane.

At one point on Sunday afternoon I was shooting around the intersection of Hollywood and Highland in LA when this parade came down the street. I asked one of the marchers what it was about. The details weren't clear but it had something to do with Filipinos who fought for the US - in World War II, I think - being denied American military veterans' benefits. But there can hard to be any of those people still alive. Maybe I missed something. Good opportunity for street portraits, if nothing else. 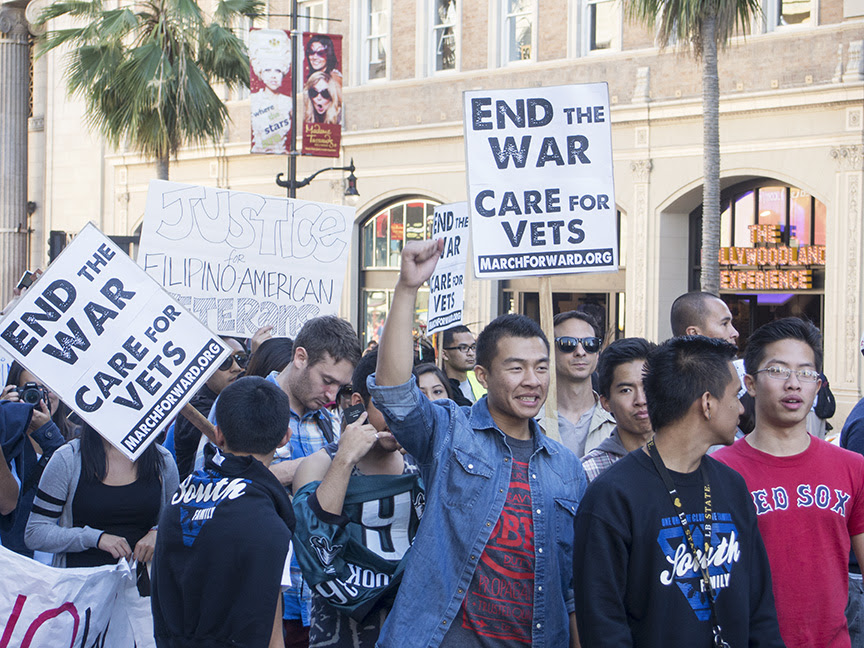 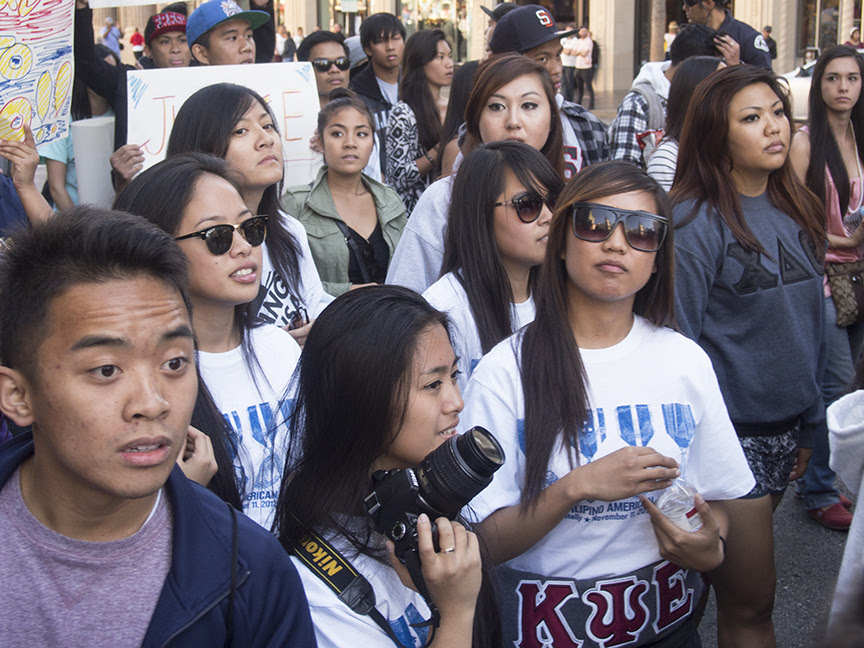 B,
You are always in the right place with that camera. Good job here.
V

I guess we will have to Google this.