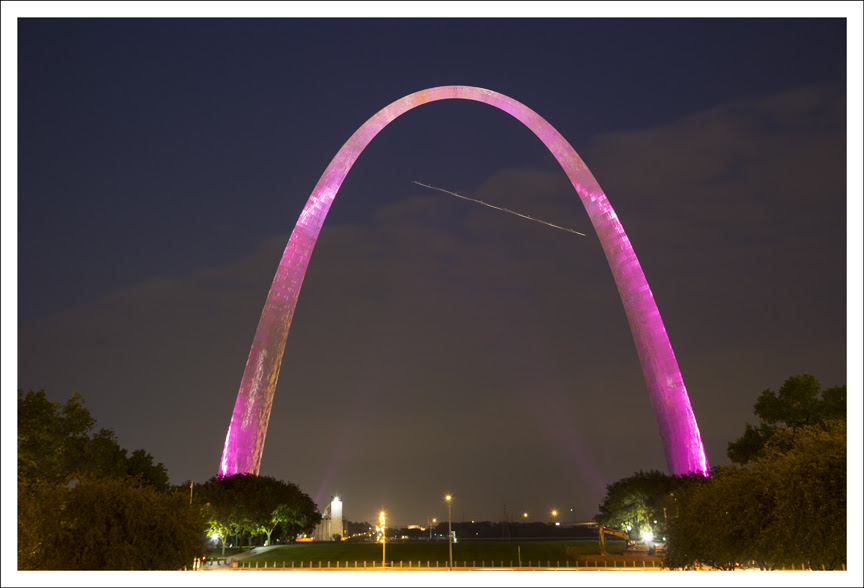 The Arch is covered by floodlights from sunset to midnight. For one night a year, Macy's turns the lights pink as part of breast cancer awareness month. Last Thursday, October 4, was this year's event. It's magical. I was surprised that there weren't hoards of shooters out there with their tripods but I saw no one else. A lot of people walking up 4th Street to the Rams football game were taking pictures with their phones, but that hardly counts.

Those are the lights of an airplane moving within the curve in the top photo, an 8 second exposure. 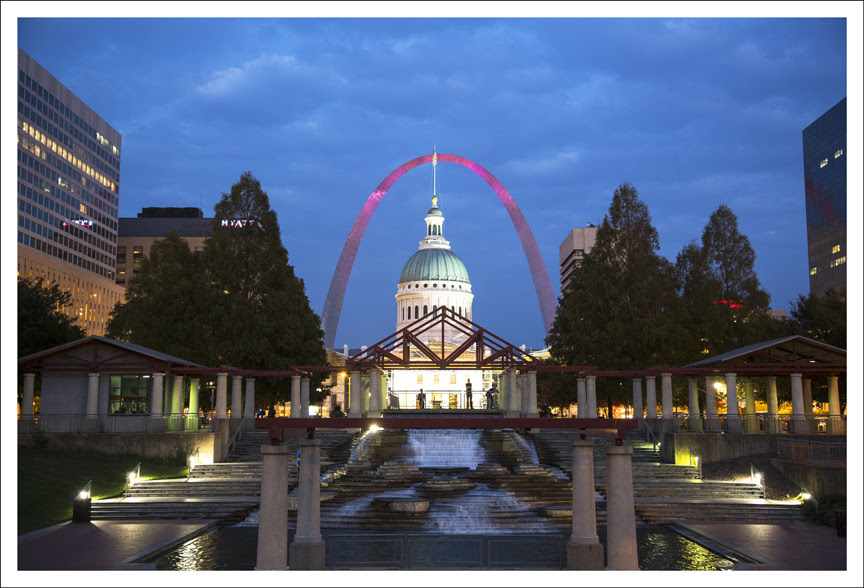 Gorgeous! I especially like the arch against that dark sky on the top shot. Wonderful photo, Bob!

The arch has intrigued me since reading "Twenty-seventh City" and these images show it off nicely.

Terrific shots. Thanks for sharing them.

Really good shots both of them.

How absolutely stunning! Indeed I'm surprised no other photographer was out there to capture it.

I've heard that our Pont d'Avignon will be lit in pink for a month for the same cause. I am yet to see it and take photos. Tooooooo busy!

Both shots are glorious B. I knew you'd be there.
V

The Peace Tower at our Parliament Buildings got lit in pink to mark that day. I should have taken a pic, but was driving past in the rain....