Dancing In The Street 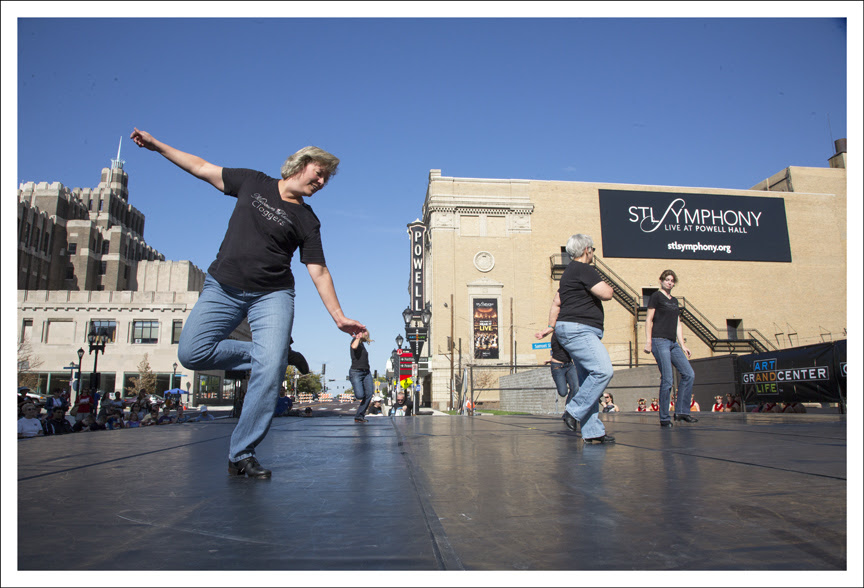 The Lou has seen a growing number of outdoor festivals, events and fairs in the last several years, happily coinciding with the existence of STL DPB. Dancing In The Street had its seventh edition on Saturday, up and down Grand Boulevard from Lindell to Delmar in the Grand Center arts and entertainment district.

There were three stages going with all kinds of dance forms, plus some actually on the street, as we shall see shortly. The women in the top picture were clog dancers, which, um, I'd rather you didn't ask me to define. (I'm as graceful on my feet as a rhino.) The announcer said the act had a Country & Western slant, but blue jeans are blue jeans to me.

The ladies in in the second picture were doing a step dancing routine, another genre you would learn more about elsewhere. The woman in front is wearing the colors of my alma mater, located just a couple of blocks down the street. 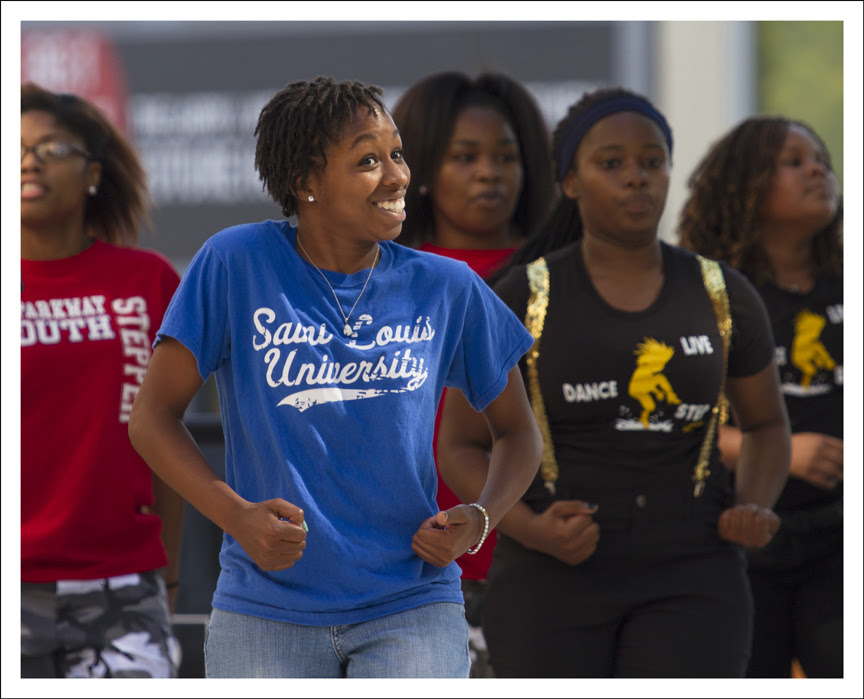 Wonderful photo of two generations of ladies. Now I have Martha and the Vandella's "Dancing in the Street" running through my head. Not unpleasant!

It is nice that Grand Avenue is an arts and entertainment district. When I lived in St. Louis in the 1960's it was in decline.

Love the angle from which you took that first shot. My knees hurt thinking about it!