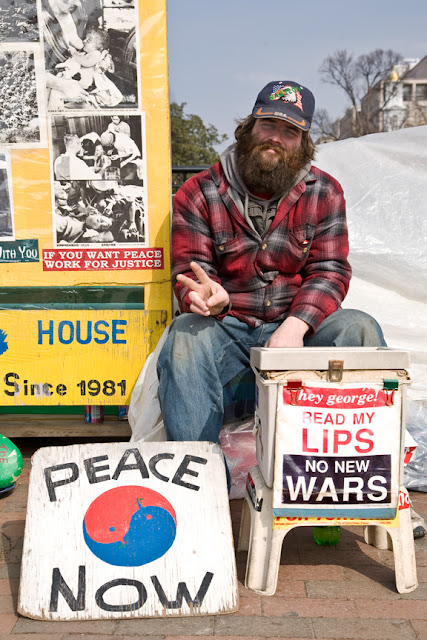 Greetings from Washington, D.C. Across from the White House in Lafayette Park a group of people has maintained a daily peace vigil since 1981. This man told me that it was started by a couple now in their 60s. Volunteers take shifts. I asked him about his views. He said something about nuclear waste dumps in Africa and Iraq causing a nuclear winter and that Baghdad is the point on the planet closest to the sun at the perigee of Earth's orbit and that this has something to do with why it snows in Baghdad now, which it hasn't done for millennia. The clarity of thinking across the street is of the same order.

He sits and stares at the White House all day. Not many people talk to him. I'll talk to anybody; you hear the most interesting stories that way. The Prez must be out of town. Between the protester and the house of power, a district of Columbia motorcycle cop gets a political update from the newspaper. 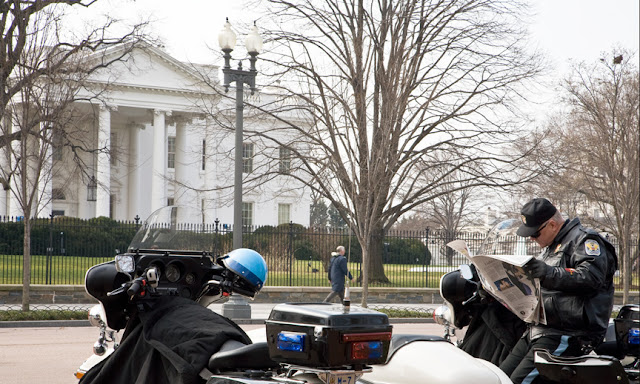 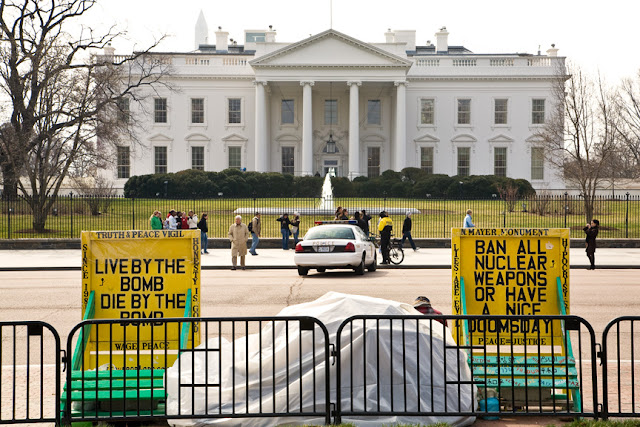 Fascinating to see these photographs. thanks. Over the years I've seen various protestors featured on television. Good to see an up close and personal pic.

Love th picture and the fact that you talked to him! When I was in DC last year the snipers on the roof of the WH made me afraid to even cross the street to get a better look at the signs :) That is why I love this blog!

Greta photos.
Thank you for sharing with us.

Fantastic photo. I love this.

Great photo, I'm glad you talked with him.