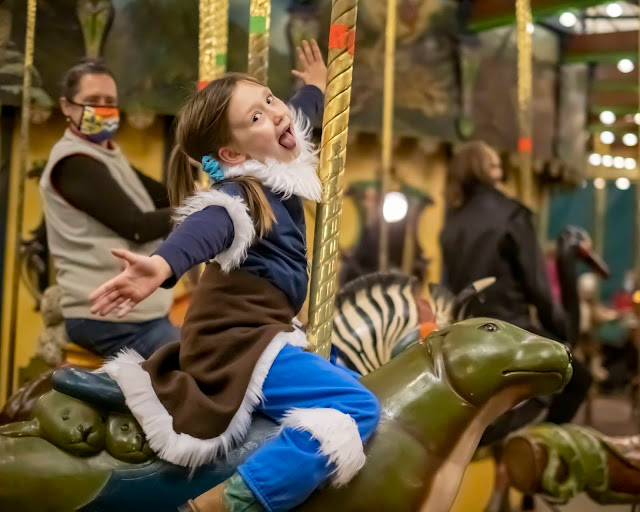 One of our major local organizations has an annual event for the kids called Boo at the Zoo. We've taken Ellie in the past but it has been almost unbearably cold and crowded. This year was capacity controlled, of course, and the weather was relatively mild. She likes it more than I do, but I like taking her there.

We don't know where she learned to pose but she is quite a ham. Her mother, Emily, spent hours making her a custom-made costume that is a bit too esoteric for me. It it based (I think) on the character Korra, the avatar and water bender of the South, in the animated series Avatar. Great job by mom but when I was that age all I was worried about was where Clark Kent was going to find a phone booth to change into Superman.

It looks nice. Hope you both had a nice day.

I watched the avatar movie and enjoyed it. But you are right, I would not recognize the custom for a specific character.

What a fantastic pose!