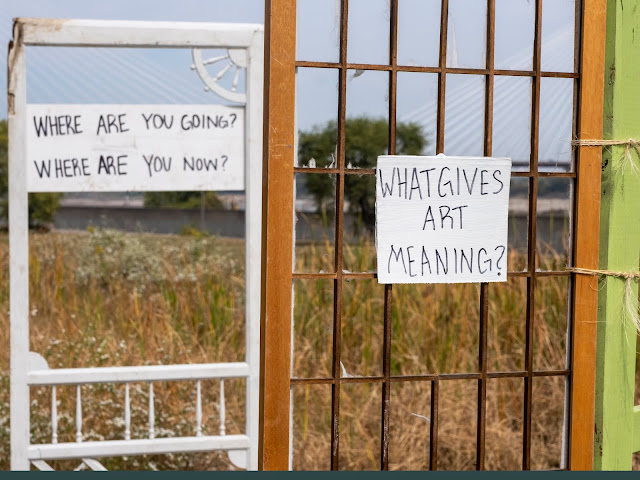 One of the works on display at Artica last weekend. The question in front is rarely considered by most of us. Saying "I just like it" is unsatisfying. Maybe the question requires a real interest in art rather than casual glances. On the other hand, the poet Archibald MacLeish coined the well-known phrase, which can be used in a broader context, "a poem should not mean but be."

And as to the two questions in the rear: I think I have a fair idea of where I am. I have no idea where I am going. Life has far too much randomness to make such predictions.

For me art must invoke an emotion to have meaning.

Where I am now can be literally answered but is harder to answer figuratively. Am I at work listening to a conference call or am I contemplating art ;)

That has many answers.