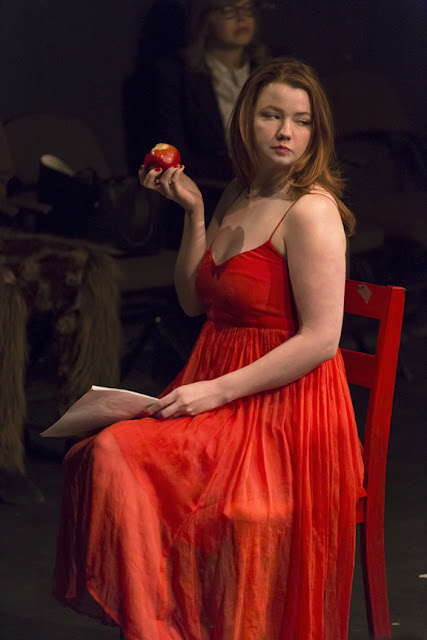 Back to the St. Louis Fringe's Five Fifths, warped retellings of Grimm's fairy tales. As the evening went on I sort of lost track of which mini play was supposed to come from which story. It was hard to tell at times. I think this is based on Snow White - beautiful woman, apple - but she has evidently decided to chuck the purity stuff in favor of her sensual side.

There were a number of characters in this bit - full size humans, not dwarfs, but they might have been meant to be analogs. I'll get to that as I have time to edit.
Posted by Bob Crowe at 12:01 AM

Definitely not a Disney Snow White.

Sharon had the same thought as I did.