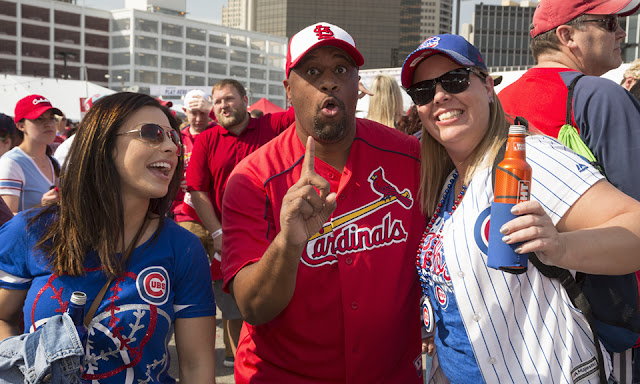 In American parlance, trash talk refers to a member or supporter of a sports team bragging about their prowess and insulting the opponent. The Number 1 gesture above is a mild example. It's everywhere, it's accepted, even if it is a bit juvenile. Oh, and although it's not exactly about sports, Donald Trump is another example.

Ballpark Village is a restaurant-bar-entertainment venue across the street from the stadium. Nice for fans, although it drove some of  the older restaurants in the neighborhood out of business. I don't like this Cardinals Nation meme, though. You see it in a number of contexts but especially sports. I think the term originated with modern references to Native American societies. Navajo Nation. Cherokee Nation. Those are nations. Cardinals Nation is a marketing fiction.

And as I said yesterday, we welcome supporters of opposing teams, even the biggest Cubs fans. 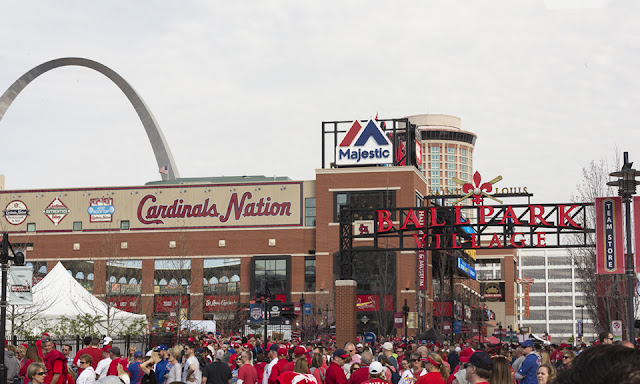 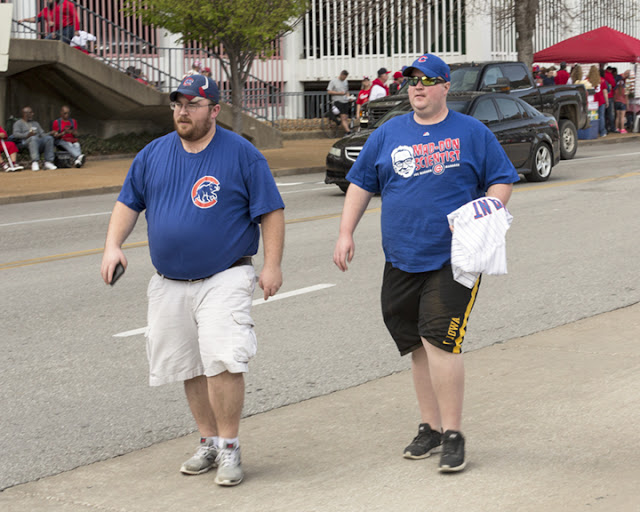 That is always fun. The football season is under way in Sweden. DIF, one of the Stockholm teams managed to loose their first game when they played the newcomer team Sirius. I will remember to tell some of my DIF friends about that.

Sports brings that out in people- hockey has Leafs Nation, the poor deluded souls.

Trash talk is part of the game for both the fans and the players. Certain people also can be total jerks. Fenway used to get out there when the Yankees came to town. Some people would be screaming and yelling profanities at the players and at their family members who happen to be in the stands. Didn't care for that especially when you have your young child with you.