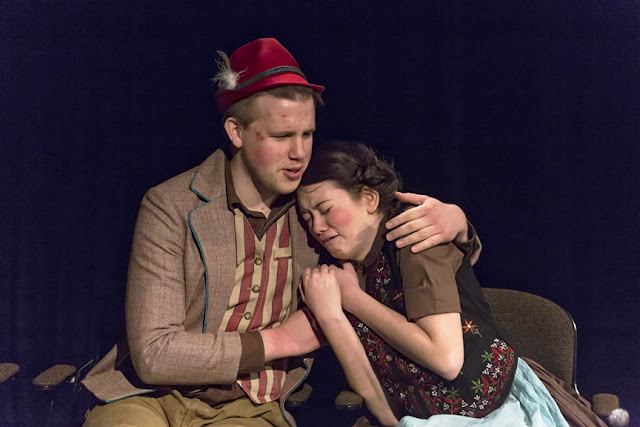 Brother and sister. Alone, abandoned deep in the woods by their impoverished father and nasty stepmother in a time of famine. They wander in the forest until they enter a clearing, finding a cottage made of gingerbread, candy and cakes, with windows made of pure sugar . . . and a witch who likes to eat fat little children. That's bad enough, but then they all end up on a Jerry Springer-style TV show.

The St. Louis Fringe's Five Fifths consisted of five tales by the Brothers Grimm liberally reinterpreted in modern terms. (Interesting how at the beginning of the 19th Century it's the Brothers Grimm but by the end it's the Wright Brothers.) Here, the Hansel and Gretel stumble into a television program in which the host and studio audience challenge the sad kids, accusing them of discrimination and violence against a lonely woman with an eating disorder.

Things keep going on in this vein. The brothers are pleased. 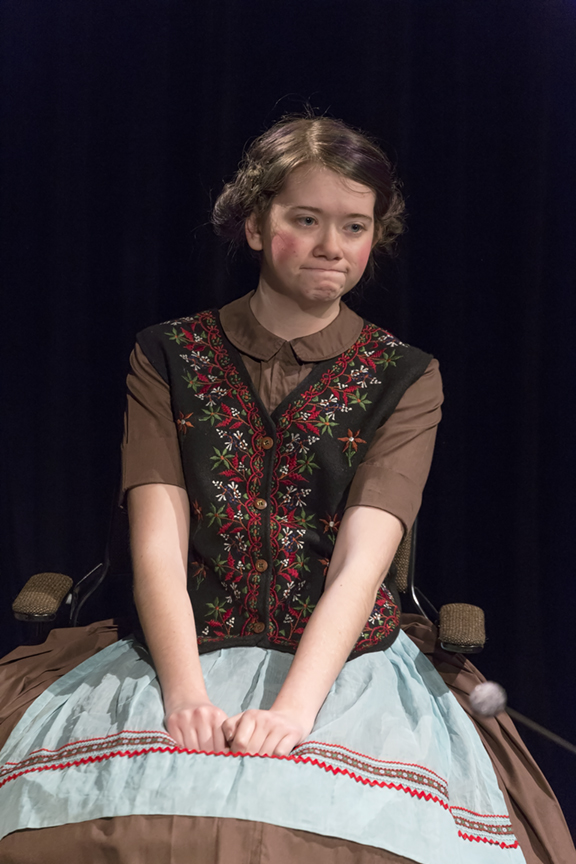 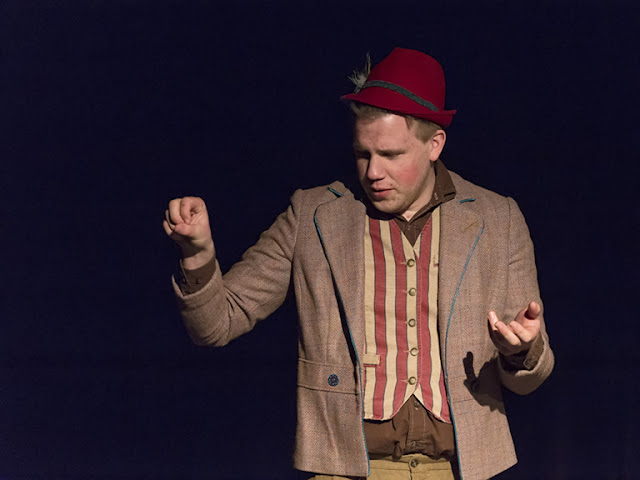 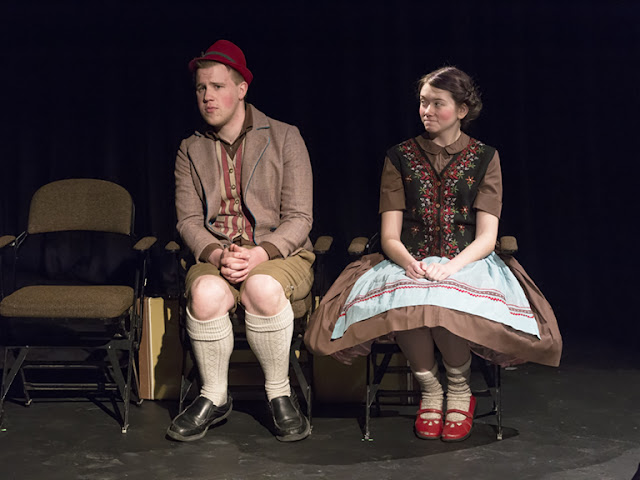 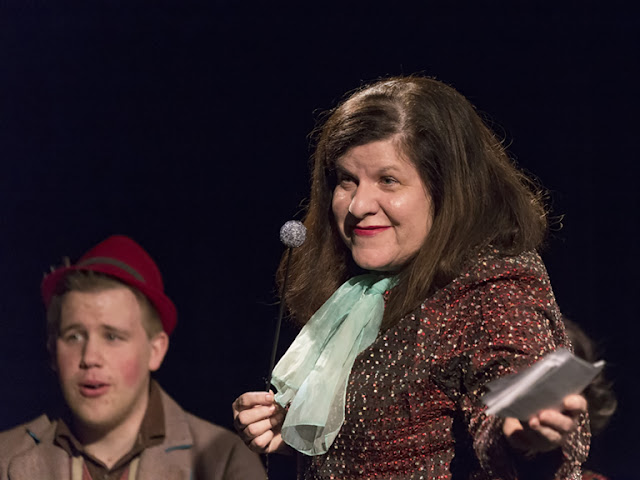 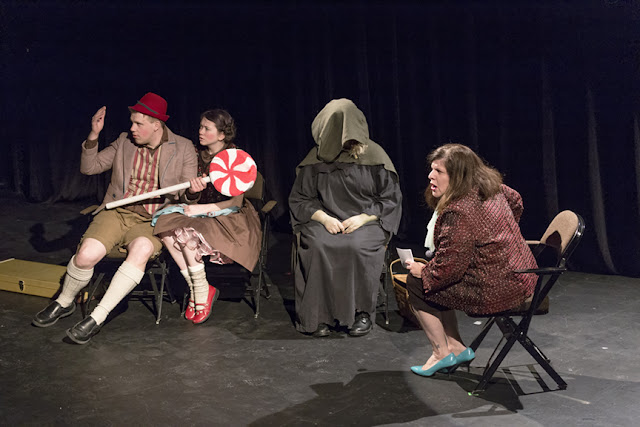 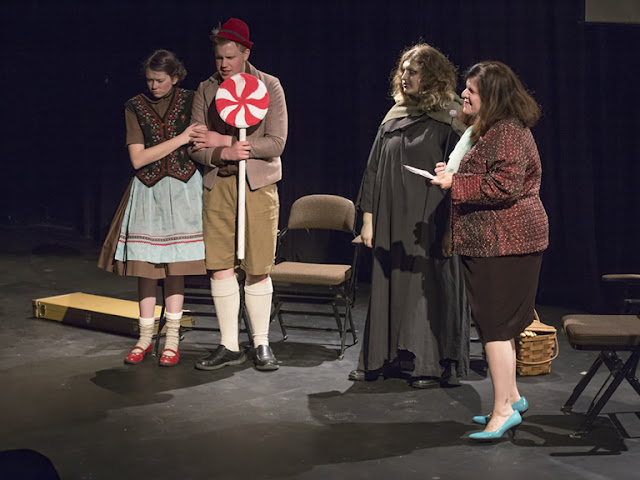 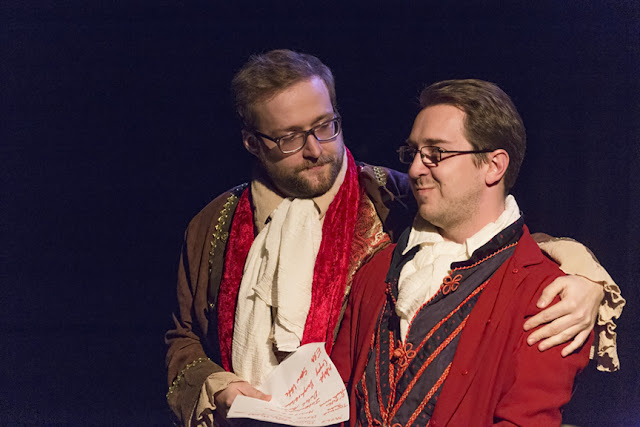 Funny way of ending this well known fairy tale. Great plus for the creators of this piece.

What an interesting take on the story. It has always interested me how truly scary the old children's stories were. I often wondered if the term "grim" came from the Brother's Grimm.

That sounds nicely off kilter!

You had piles of fun with there, didn't you?