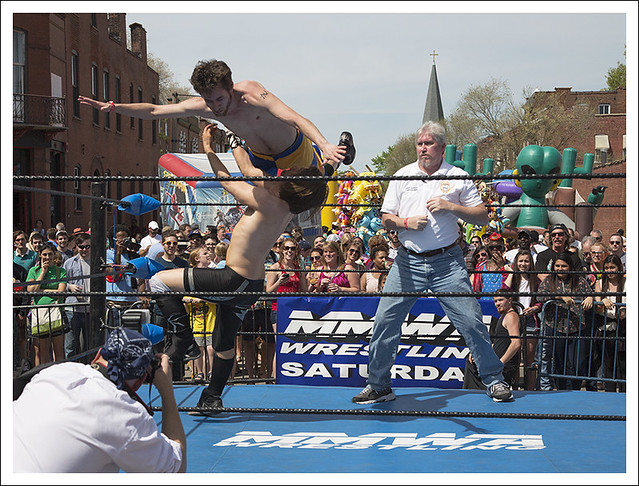 As I understand it, state and federal law prohibits mass entertainment in the form of death matches between gladiators and wild animals. So, America has to improvise. We came up with so-called professional wrestling, which gives viewers a similar thrill without any real danger to the participants. This is a down-scale version but you get the idea.

That's not to say, though, that we don't have some spectacles with real risk of horrifying injury. Think of Joan Rivers' plastic surgery, the National Football League and riding motorcycles.

Love that inflatable "alien" in the right rear of some of these shots. Welcome to our world. 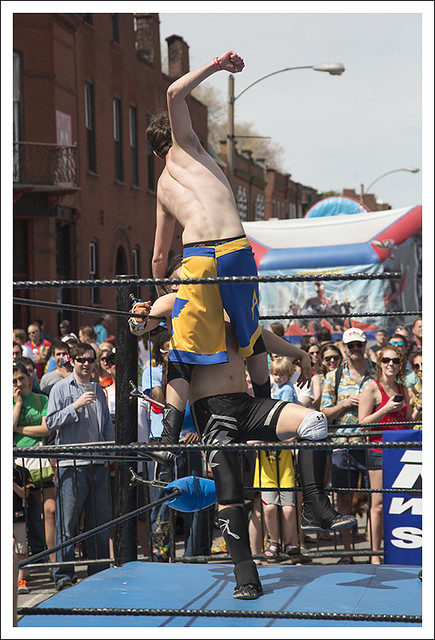 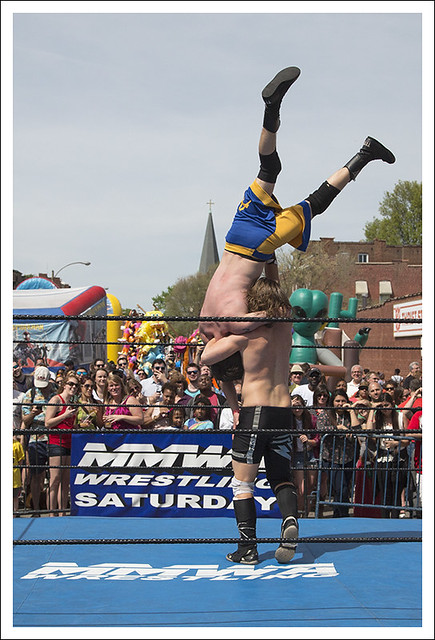 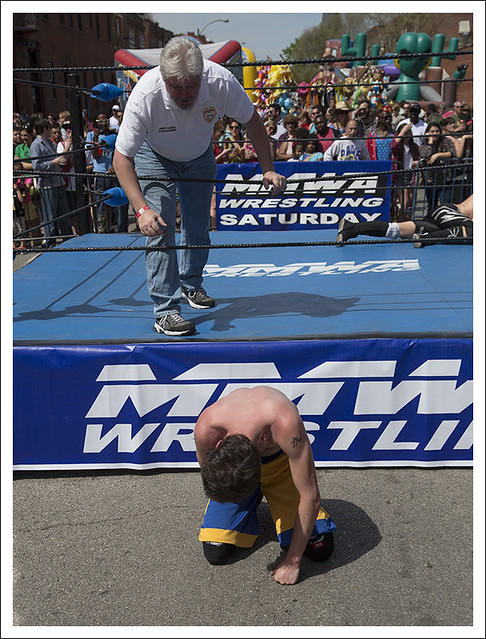 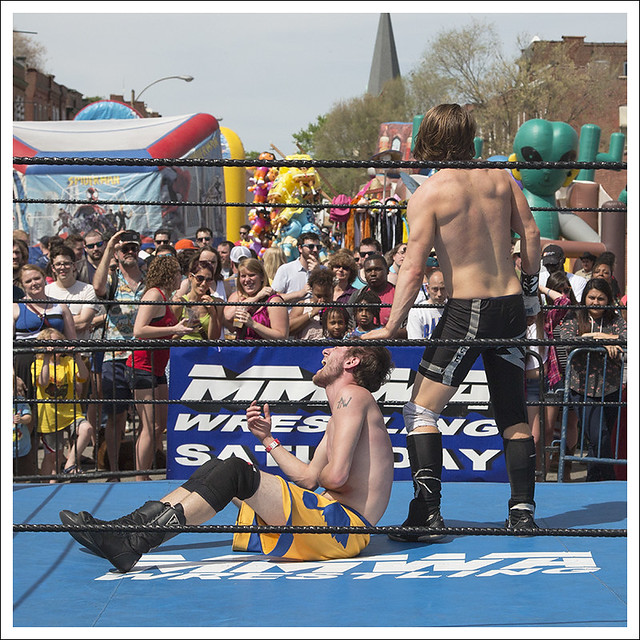 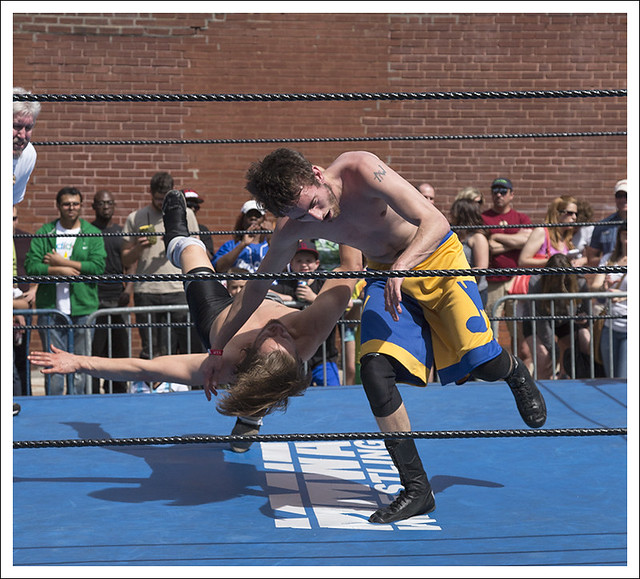 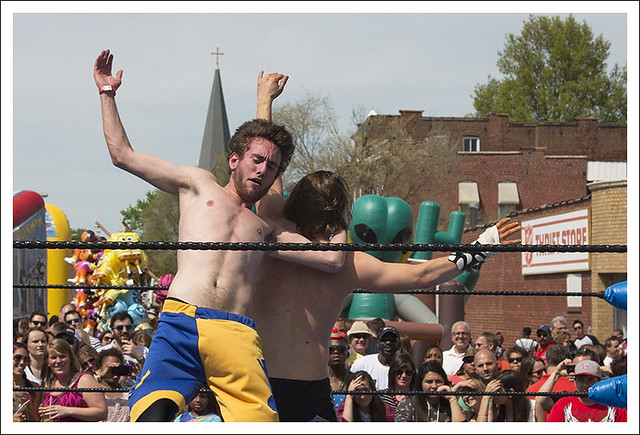 I have to confess to not understanding this type of fake wrestling at all. But it seems popular so I guess they are doing something right.

In any event, the action is well photographed. Thanks for showing.

This is where the guys who end up in the WWE learn to fake it.

You got some pretty impressive action shots here.

Good action shots, regardless of the fakeness of the occupation!

I am with Steffe. Great shots Bob.

Wrestling in the streets? Really! The LOU has everything.

The things men do for fun, je ne comprends pas :)