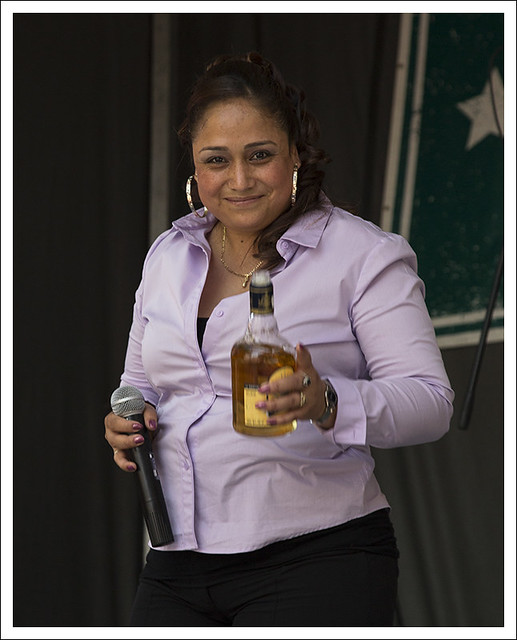 Cinco de Mayo, the Fifth of May, has become an excuse to party throughout the United States. It's nothing in Mexico, nada, the anniversary of a battle. A poorly equipped Mexican force kicked the butt of an invading French army. Some people are surprised to learn that France unsuccessfully tried to incorporate Mexico into the  French Empire in the 1860s.

So anyway, no biggie to most of our neighbors to the south. Here it's one of those events created to sell something, in this case tequila and Mexican beer. St. Louis doesn't have a big Hispanic population but what's around is centered on Cherokee Street, where you can find many Latino shops and restaurants serving the cuisine of Mexico and Central America.

The street was packed on a beautiful day last weekend. The singer in the first two photos had her tequila bottle in hand. Between numbers, people came up to the front of the stage and she poured shots directly in their mouths.

By the way, how long has it been since they made black Macbooks? 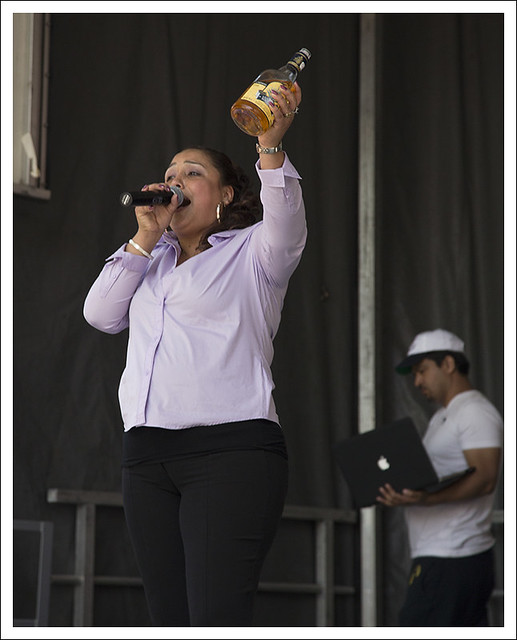 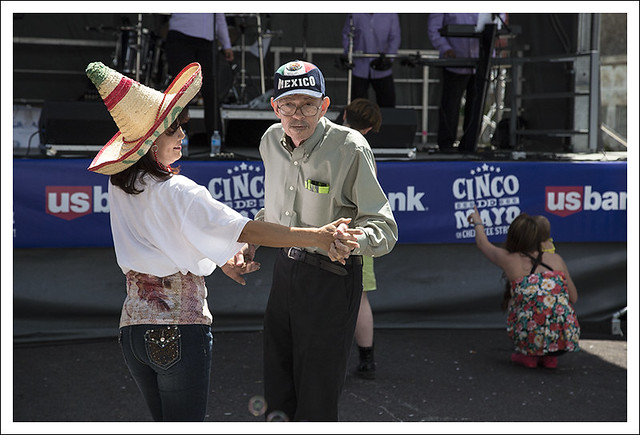 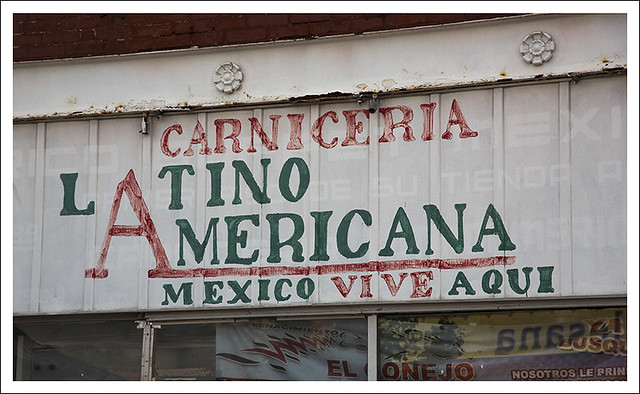 You get a very different hangover when you drink to much Tequila. At least that is how I remember it.

Yep, it is time for Tequila, Coronas and XX Equis.

You capture the festivities well.

I did know about French designs on Mexico, but it's easy to overlook considering what was happening north of Mexico at that point in history.

I don't always drink beer, but when I do, I prefer Dos Equis.