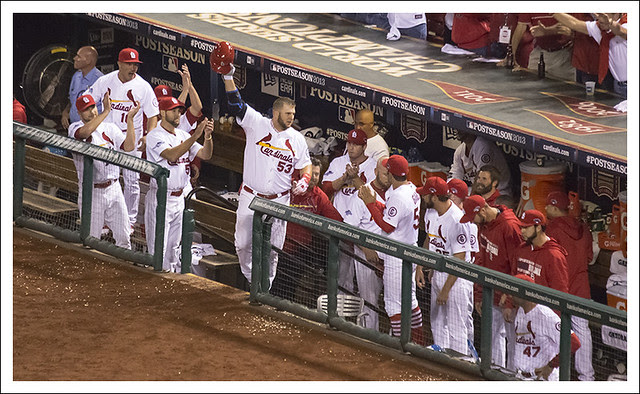 Late post today because out too late last night.

Above, Card's slugger Matt Adams acknowledges the cheers of the crowd after his 8th inning home run. Minutes later (first below), whoever was pitching for Pittsburgh at the time skulks off the mound after being pulled by the manager. Farther down, our ace pitcher, Adam Wainwright, hurls the final pitch of the game. Last, bits of the jubilant celebration.

We have to congratulate the Pirates for their terrific year. After 23 consecutive losing seasons, they put together an excellent team, finishing the regular season just behind St. Louis.

The league championship series starts tomorrow in our city. The family and I will be there. 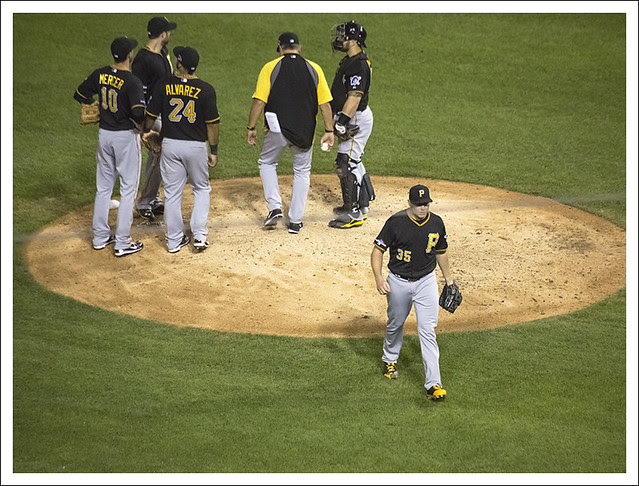 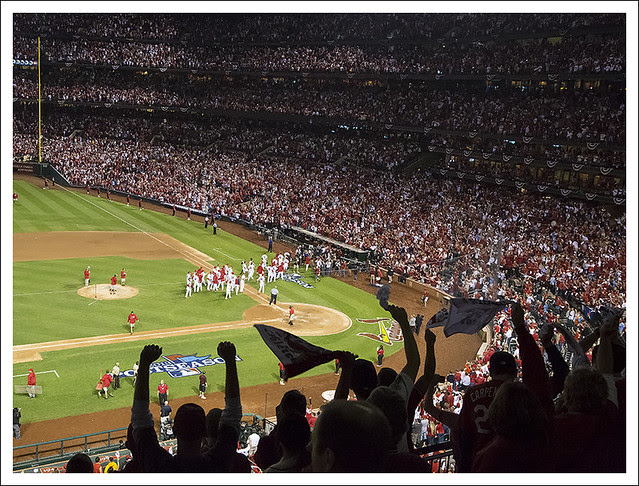 Nice shots and congrats to the Cards.

You sure take sports seriously. And so you should. Nice photos.

I checked the scores late last night, saw the results, and figured you'd have something to say about it!

Excellent! Its a great feeling when your team wins...they sure do have a lot of fans there Bob!