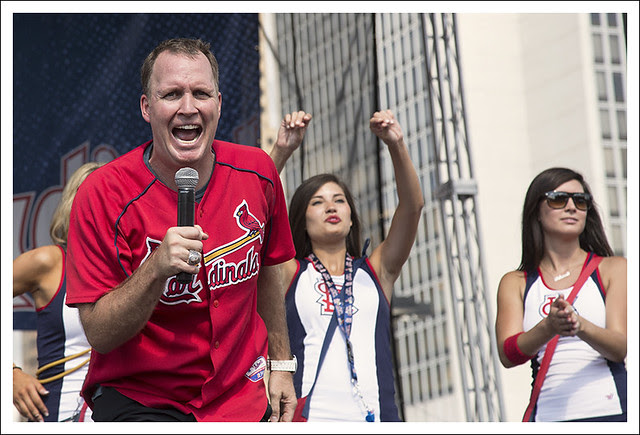 And on a happier note:

The playoffs for the baseball championship started yesterday. Our Cardinals not only won their division but had the best record in the National League, There was a rally outside the stadium before the game to whip up the fans. I wore a red shirt and hat but not makeup.

We played the Pittsburgh Pirates. Poor Pittsburgh hasn't had a winning season for 23 years but has an excellent team this year, worthy of respect. However, our players didn't respect them in the slightest. The Cardinals ran away with a 9-1 win in the first of a five game series. More to come.

One person unsubscribed from my blog feed after yesterday's post. I was kinda disappinted there weren't more. And to that very nice, very conservative man who sat beside me at the game, I told you not to read the text of that post. 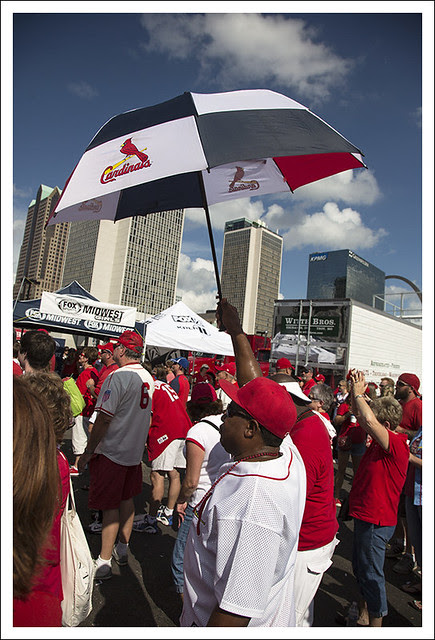 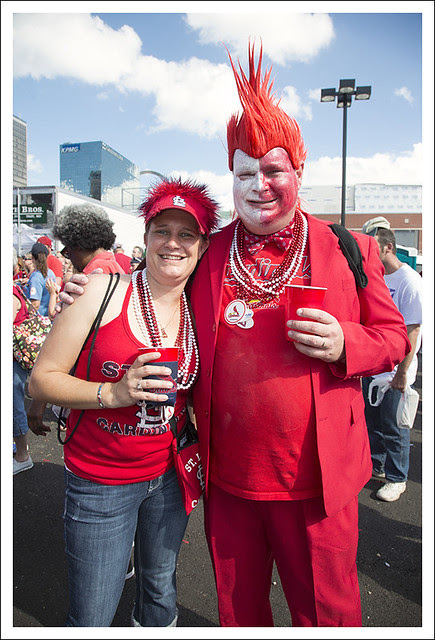 That guy with the red hair is a passionate man, that's for sure.

The third inning of last night's game was especially delightful.

Meanwhile, Cubs fans are crying in their beer, asking, "Why, God, why do you hate our boys?"