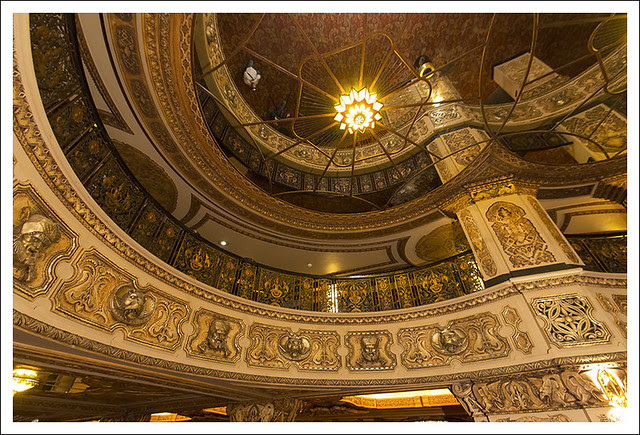 It's hard to wrap your brain around the decoration inside the Fox. I couldn't think of something to compare it to. Easier to think of opposites like the unadorned concrete boxes at the Goodman in Chicago or the Barbican in London. The Fox is more like a Visual Tower of Babel.

These are just some examples. One of its nicest features is that there are large vertically open spaces between the lobby and the auditorium. The effect is increased by the use of mirrors.

There are spectacular flourishes around every turn, including complementary male and female images. The stained glass below, located on opposite corridors leading to the balcony, represent a king and queen. I don't know what to make of the reliefs on the bottom. The design of the woman looks to me to have Native American elements. And what's with the stuff coming off their ears?

I may slip in an Arch picture tomorrow. Then, into the auditorium. 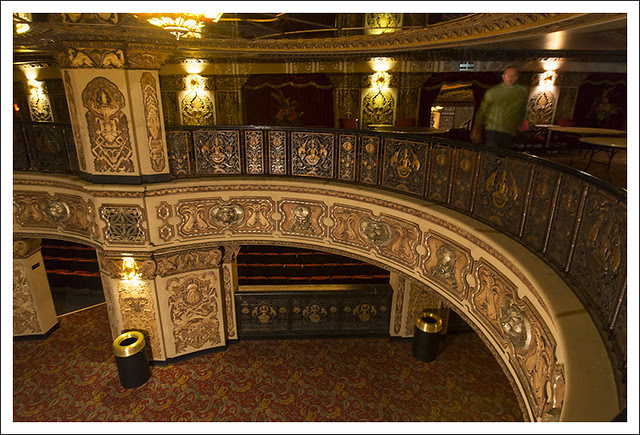 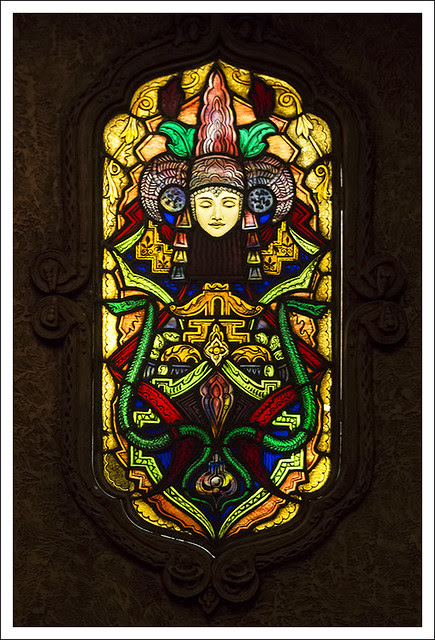 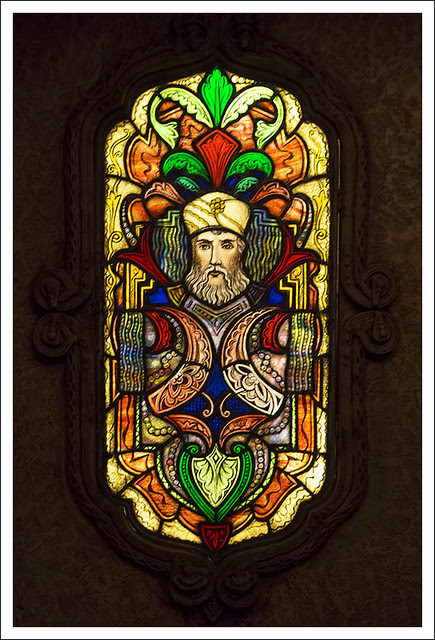 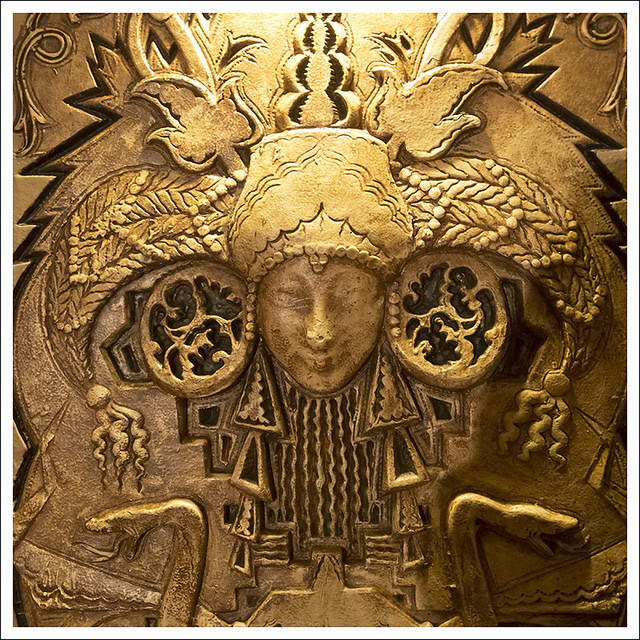 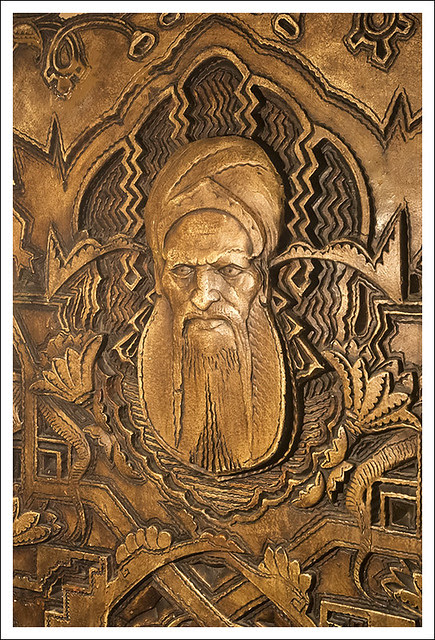 I'm gobsmacked! This is incredible!

Amazing details. Thanks for showing.

Fantastic series of detailed images of the fabulous Fox Bob, enjoyed all of the last three posts..love the fisheye effect!

these are just fabulous, bob. i look forward to more.

I love this place. When I was working there, I took a tour of the building.