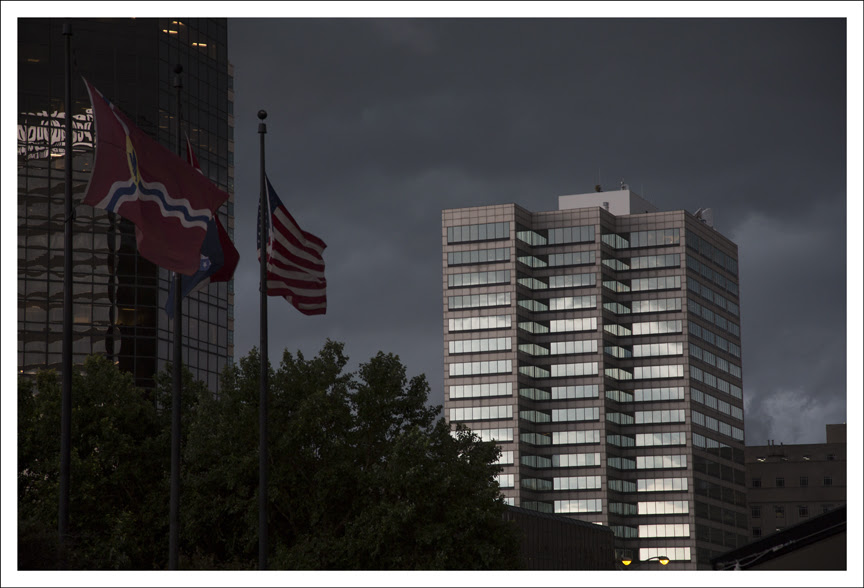 I mentioned that there is a lot going on around town this weekend. The annual Hispanic Festival was to start yesterday in Kiener Plaza, a block from where I work. The plan was to do some shooting at the end of the day but a violent thunderstorm rolled in. The top view looks southwest toward Market Street. The clouds broke open moments later and I ran back to my office (to the extent that my knees are able to do so).

The Cardinals were to play the Milwaukee Brewers an hour later. The stadium would normally be filling up with fans around that time. The bottom picture was taken from my office with a long lens. Empty, very wet stands. 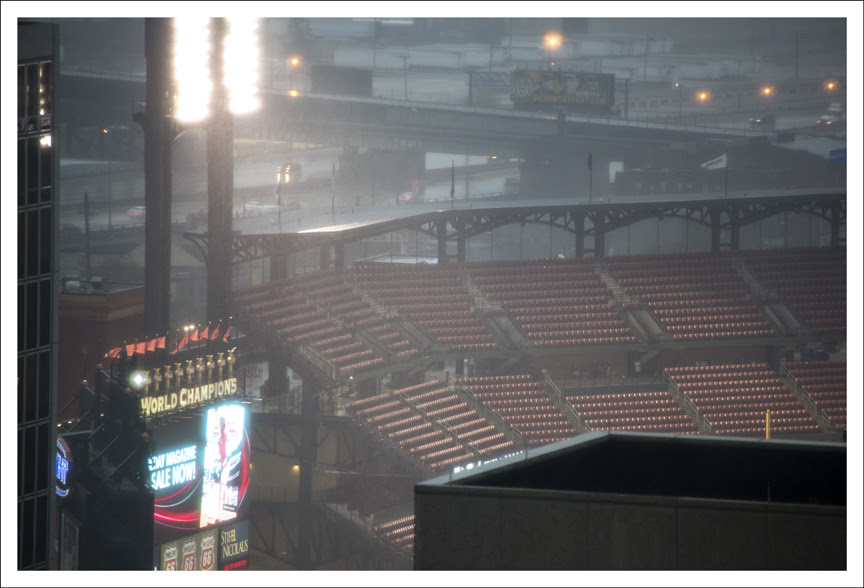 Change is coming... wet and WILD!

Rain is good as long as it doesn't overwhelm. Bob, I left you a message on Dave's Tamarindo post today.

I have been checking the weather maps today because my daughter is at the (outdoor) wedding of a college roommate. There is a big system across the country from Phoenix, across the plains and the Midwest, and into the northeast. Time for you to take your camera to a museum or to crawl up with a good book.

That's pretty wild all right Bob, excellent long lens you've got there..I could have sworn I heard something on the news about tornadoes in NY..does that happen??

I almost feel like I'm there in the bottom shot.

We got hit on Saturday by quite a lot of rain in Eastern Ontario.