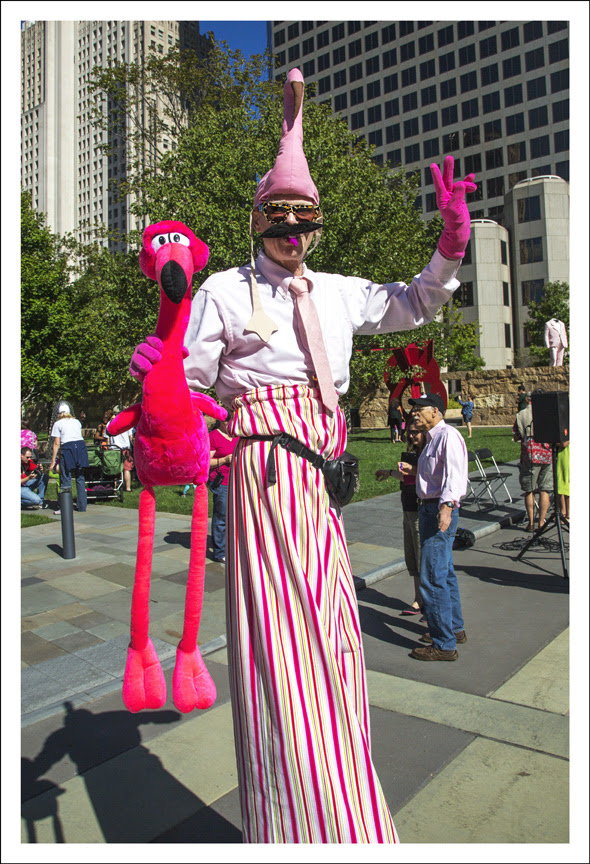 While the Hispanic festival was going on last Saturday, there was some goofy Flamingo Festival in progress two blocks west in Citygarden. Several large toy flamingos have been the de facto mascots of the sculpture park since it opened. This event had been scheduled for June but was postponed, I think because the temperature on the original date was around the melting point of lead.

So why an intermezzo? We're done with the Hispanic Festival for now. Tonight we have the annual balloon glow, the prelude to the Great Forest Park Balloon Race. Some pix should be up tomorrow (maybe later than usual). A few images from the balloon glow in 2010 and 2011 are at these links. So today's post is for in between. Any why post a picture of a man on stilts in a silly costume, wearing a flamingo hat, holding a large toy flamingo, sporting a fake mustache, tiger-stripe-frame glasses and blowing a pink kazoo? Well, because that's just how we are in The Lou. 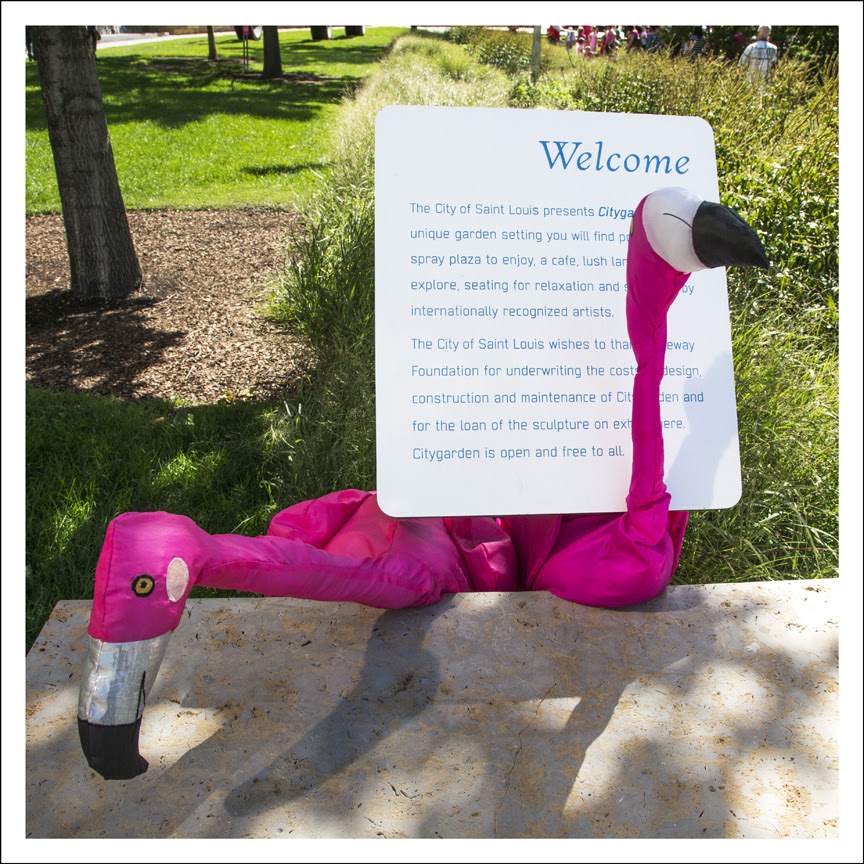 The real question is... does a red queen use flamingos to play polo?

Well, I will have to come back tomorrow to see what is next.

So that's how you are in 'the Lou' hey Bob..good on you, a bit of fun never hurt anyone!