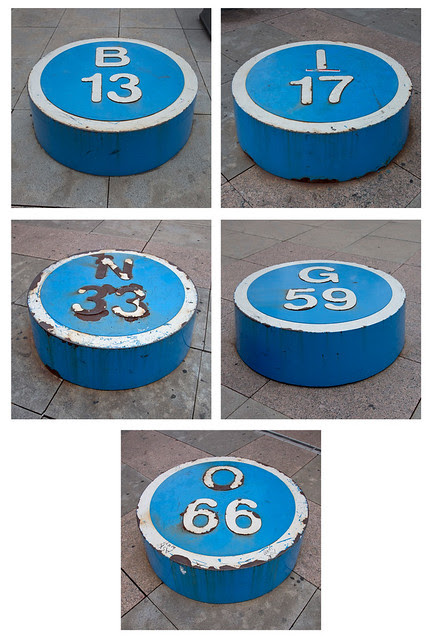 Got to the hotel about 6 PM yesterday, had something to eat and hit the street with my camera. Just to the west of city hall is a big municipal services building with an odd sculpture plaza. It contains bingo tokens, chess and Parcheesi pieces as well as dominoes. A plaque nearby says the title is "Your Move."

At the sidewalk entrance to the plaza is a statue of the famous - or infamous - Frank Rizzo, mayor of Philadelphia during the 70s.  Rizzo is remembered for saying “The streets are safe in Philadelphia, it's only the people who make them unsafe.”

The price of a glass of wine in the hotel is exorbitant so I stopped in a store to buy a bottle for the room. The cashier asked what I was doing with the big camera around my neck so I explained. After I said something about St. Louis he remarked in a bitter way that "Philadelphia is a mean and beastly place." I asked him what he meant. He replied that "it's hard to make a buck here," that the taxes and city fees were high and the opportunities limited. Okay. I've enjoyed visiting this city in the past. Maybe I should look more carefully.

So welcome to the so-called City Of Brotherly Love. That's a lot of hooey. Philadelphia sports fans are renowned for booing the other team, as well as their own players if they don't meet expectations. On the way in from the airport I saw a billboard that said "Boo Anyone You Want To." The sign was apparently promoting part of the U. S. Constitution. 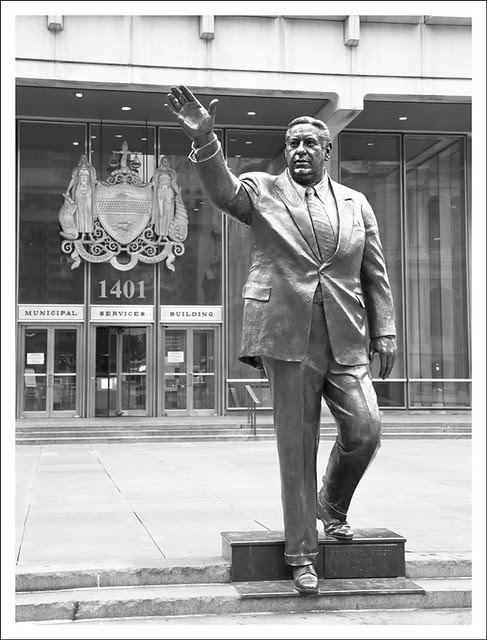 I like the way the statue is posted in such a casual way. But it shines a little to much.

What!! Now sounds jolly unsporting if you ask me Bob! Get out of Philly fast!!

I am surprised they would erect a statue to Rizzo. Ben Franklin, yes, but Rizzo?

That comment "Philadelphia is a mean and beastly place", sounds like something Hunter S. Thompson would say.