Bark In The Park 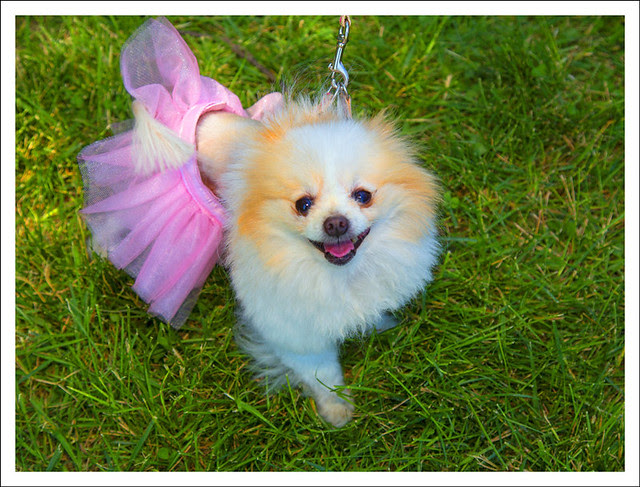 I have to begin by saying that I am not a dog person, not a pet person in general. When I was a child my family of six lived in a two bedroom apartment in Queens. Having a dog would have tipped us into madness. My father once brought home a baby alligator from a business trip to Florida. We put it in an aquarium and it lasted about two weeks. My sisters, brother and I tried to feed it tiny bits of meat on the end of a toothpick but it wasn't having any. Its name was Pete. The kids were afraid to flush its corpse down the toilet on the chance that it wasn't really dead and it might in time drag some unsuspecting citizen down into the sewers of New York. Sort of put me off the whole pet thing after that.

On Saturday, the Humane Society of Missouri and Purina, the big animal food company based here put on an event called Bark In The Park. It was an excuse for thousands of people to bring their dogs to Forest Park, where corporations could market things to the owners and the critters could sniff each other. So what to do when confronted by beasts like these (such as Petunia, above) with a camera in my hands? A little interpretive work with Photoshop will do. 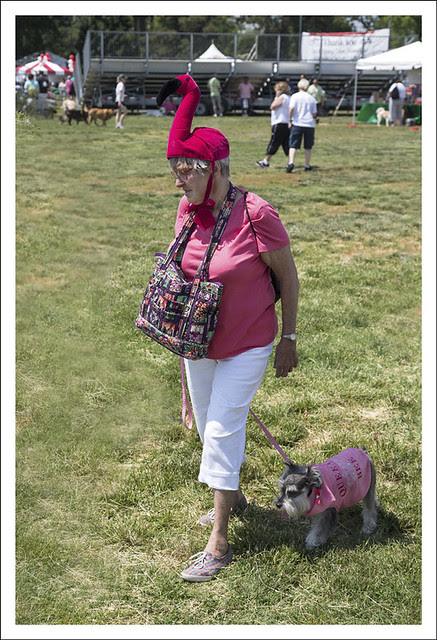 I think I left a comment on the wrong post - an older one. So just to say again, I love the story of the alligator - explains all your feelings about animals.

I can imagine what your mother's reaction was to your father bringing home an alligator to a family of 6 in a 2 bedroom NYC apartment.

If you had been successful in keeping the alligator alive, what would you have done as it grew bigger?

Wish my dad had brought home an alligator!

The dogs are wondering how long they have to put up with this....

WEll I"m a converted dog lover and am now officially a Crazy Cat Lady. We had Do Dah Day here on Sat. i saw more dogs in tutus than you could shake (throw?) at stick at.
I have no words for the second photo, no words at all.
V

I think I would lose friends if I wrote candidly what I think about an event like this.

I would love to be a dog for one day just to know what others think of all this... and especially what they think about their owners! :-)

what a story! what a top dog.

Fabulous post Bob, your childhood alligator story made me laugh out loud! I like what you've done with Petunia, although wearing a tutu can't be much fun. Then just when I thought I'd finished laughing, I scrolled down and....well, the 'flaming' hat is just hilarious!!