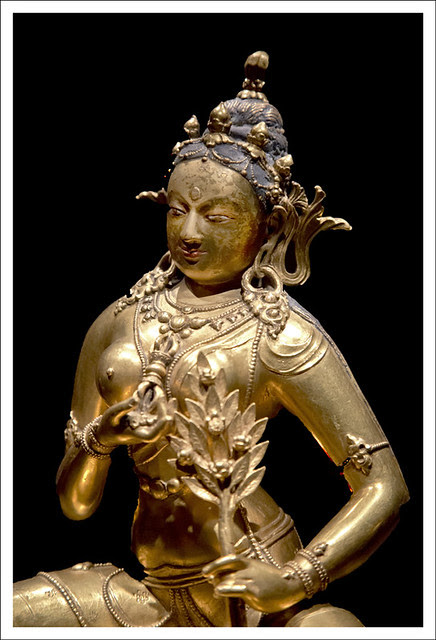 New Yorkers all know Barney's, a men's fine clothing store. They moved to swanky quarters in Midtown a number of years ago but those of my generation remember the original store at 7th Avenue and 17th Street in Chelsea. That building stood vacant for a number of years but in time was transformed.

The space is now the Rubin Museum of Art, concentrating on the Himalayas and surrounding regions. It's breathtaking if you are interested in that sort of thing. Being old Nepal and Tibet hands (to give ourselves generous credit), we were sucked right in.

As best I understand, these images are not of the Buddha, although he is the foundation of the exhibits. The top photo is the protective goddess Tara. The second is of a Bodhisattva, a person who has achieved Enlightenment but chooses to be reborn, helping the rest of mankind along the path. The bottom one is probably a senior monk. It does not have the Buddha's characteristic hair-do and the big guy's ear lobes are much longer. The hand gestures are telling. The right hand is in the earth touching pose, calling on the earth itself to witness the truth of Buddha's teachings. The left hand makes a gesture of peaceful relaxation.

In any event, we think it's a don't miss. We plan to return when we are back in the NY area in July. 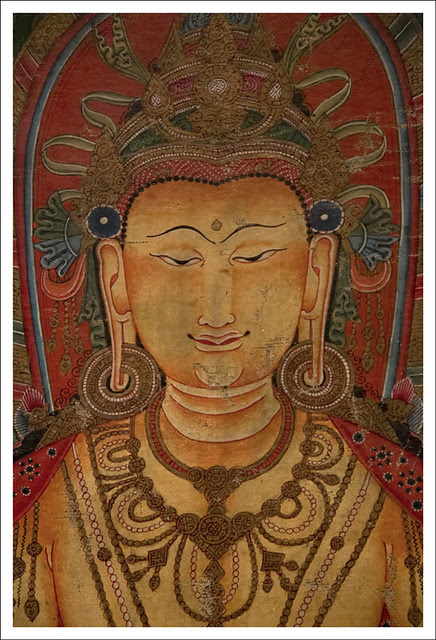 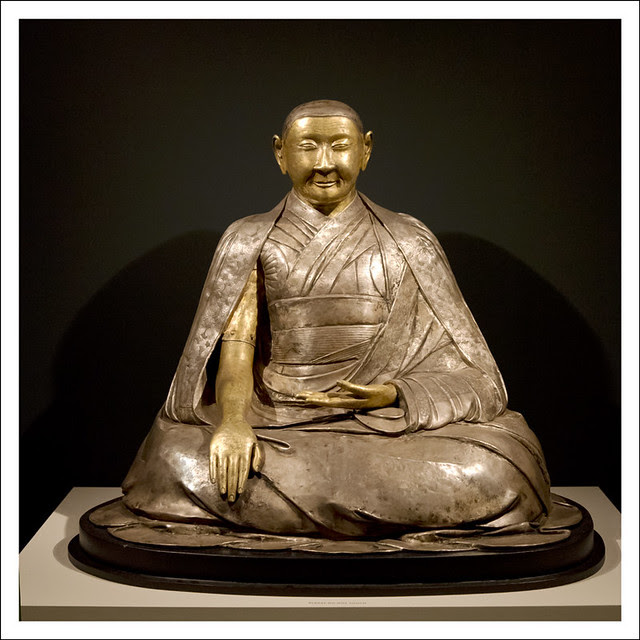 Now I'm feeling all philosophical for the day. That's good.

These images alone encourage reflection and a greater calm.

You have introduced us to this museum and we will definitely have to visit it next time we can visit New York.

Hi, Bob. I have scrolled through a week's worth of posts about your trip to New York. Some very fine images, including the three you show us today.

Oh I love these images B. Calming and that's what I needed.
V