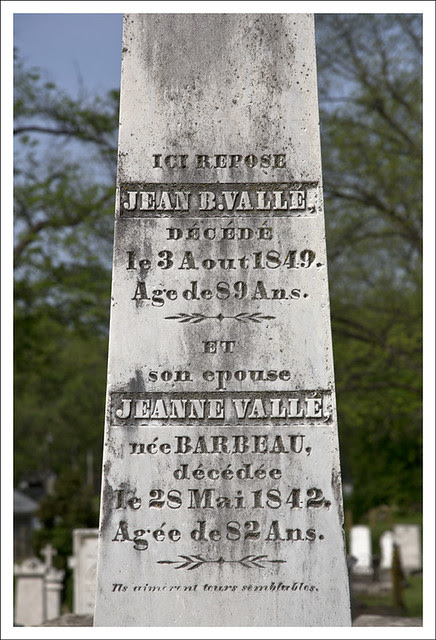 A couple of shots of the old Ste. Genevieve cemetery while I figure out when there might be time to shoot some new stuff. As I've mentioned, the town was settled by the French after their country took control of the Louisiana Territory from Spain. Apparently they were hardy people, as M. and Mme. Valle lived into their 80s. No Obamacare then, either.As a speaker of 21st Century English, the gravestone in the bottom photo is pretty funny. Sure, the language was more formal one or two centuries ago, but it seems like the deceased is being damned by faint praise, as the saying has it.Sorry for the lack of comments yesterday. I just got home from work way too late. 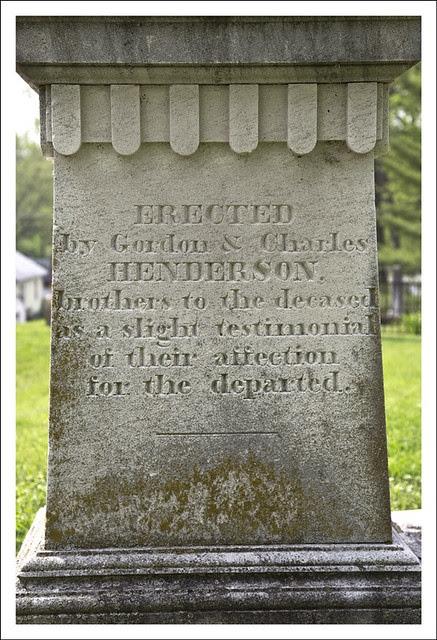 Faint praise is a perfect way to phrase it. They must have had an interesting relationship on earth.

I think that they intended to convey that their affection for their departed brother is much greater than what could be reflected by their monument. I guess this illustrates that one needs to choose one's words very carefully when they are etched in stone.

Also, unless I am reading this wrong, it says "decased" - should it read "deceased"?