YOU WOULDN'T KNOW THEY WERE ORCHIDS 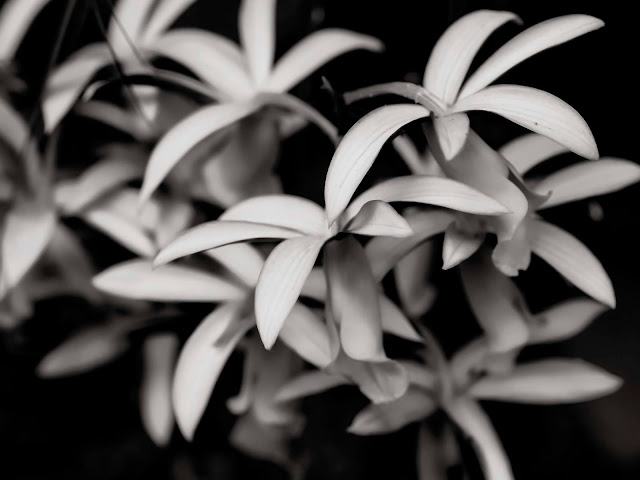 Trying to think of better, stable times. Not getting crazed but I'm pretty high risk. My rheumatologist called yesterday and said she doesn't want me around more than 10 people and doesn't want me to go in stores, period. So let's be calmly meditative.

The association I get with this image is the corps de ballet, softly dancing and softly seen, after maybe a second glass of wine at intermission.
Posted by Bob Crowe at 12:01 AM