WHAT BECAME OF PHOTOGRAPHY 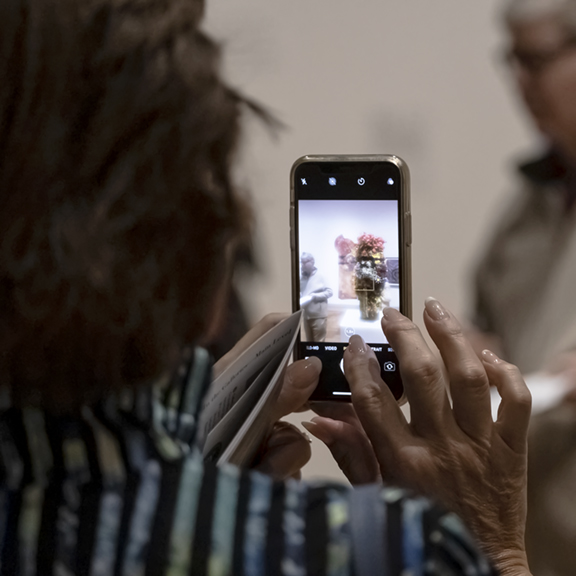 The St. Louis Art Museum has a wildly popular event at this time of year called Art In Bloom. Thirty master flower arrangers are invited to create a piece in response to one  of the artworks. The results are striking. The show is Friday to Sunday, as long as the flowers will last, and on weekend afternoons it's just mobbed.

The museum had a members-only viewing early this morning. Mrs. C and I went at opening time and it was already busy. What struck me were the scores of people taking pictures on their phones. I was the only person staggering around with two fancy camera bodies, one of which had an f2.8 telephoto lens that is so heavy I thought I was dragging a fire hose. Not that you can't take good pictures on a phone. I use my phone camera, too. It's just that some of us keep up this snobby sense of craft.

Many pictures of the flowers to come. There's a political event downtown Saturday morning - Missouri and some other states have primaries on Tuesday -  that I want to shoot.
Posted by Bob Crowe at 12:36 PM

I admittedly prefer using my phone as a camera.