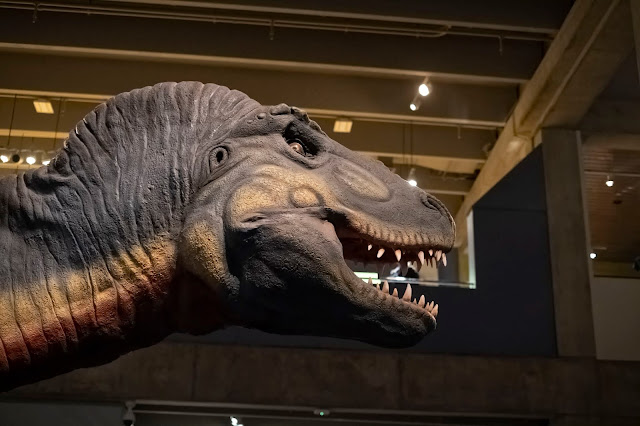 Ellie loves to go to the St. Louis Science Center. It's sort of a science playground for kids. I don't know how much knowledge she absorbs but she dives into it madly.

It has a two-level, semi-animated T. Rex that appears to have just taken a bite out of a triceratops lying at its side. (Did those two creatures exist at the same time?) I'd find it frightening if I were her age but I guess that's how inured children are now to the horrid (a skill that may be very valuable as they grow older). I wasn't frightened by the full-sized models of a T. Rex and brontosaurus in the Museum of Natural History in NY when I was young but they were just statues. No one ever dreamed that monsters could stalk Central Park West until Ghostbusters came out.
Posted by Bob Crowe at 12:01 AM