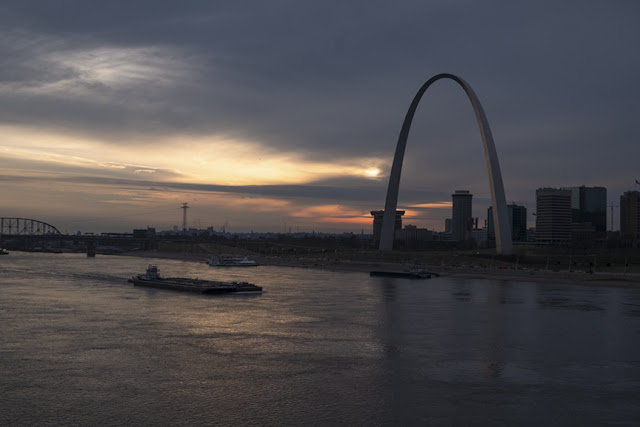 The end of another trip around the sun in our river city. My family is all here in reasonable shape, although I had some significant health issues. Nothing, though, that I couldn't overcome with our gold-plated Medicare supplemental insurance. That's great, given that we have the worst, most expensive, inefficient and profit-centered healthcare in the industrialized world. I got to watch my granddaughter Ellie continue to grow into a a poised, intelligent young woman. I'll meet my first grandson in a few months. Mrs. C and I are approaching the 45th tick with no regrets at all. We feel secure, at least for the moment. (Wheel of fortune and all that.) I began to slip out of my practice, which turned out to be 44 years of tragicomedy.

And then I think about the recent past and near future, like the horror in the White House. Just by following the trail, I feel almost certain that the Russians are blackmailing him. But with the forces of (relative) light about to control the House, his own personal hell may be about to break lose. I'm sickened by the rigorous, willful destruction of the planet, alienation of our best allies and relentless kicks in the teeth to working people. Maybe, I hope, that will change.

And beyond? People who try to seriously predict the future are always wrong. There are far too many variables and those unknown unknowns. Nevertheless, I see no reason for optimism. There is a triad at work here: mass climate disruptions (sure hope some technical Lone Ranger rides over the hill to our rescue); the rapid strides in artificial intelligence such as Google's AlphaZero, which can analyze complex situations and teach itself how to overcome problems, something that may far surpass our own intellectual capacity; and genetic engineering with CRISPR - CAS3 modification of living things. What role will remain for us? I know this a downer but you really should read up on this stuff.

This blog's header advertises the occasional rant. I've been criticized once or twice for writing almost none. I guess this qualifies.

And a beautiful view.

Your rant is well thought out and well written. It's how most of us feel anyway! I hope you have a Happy New Year!

I totally understand your rant, but look at the amazing beauty in the pictures you took last year.
They are an inspiration to me.