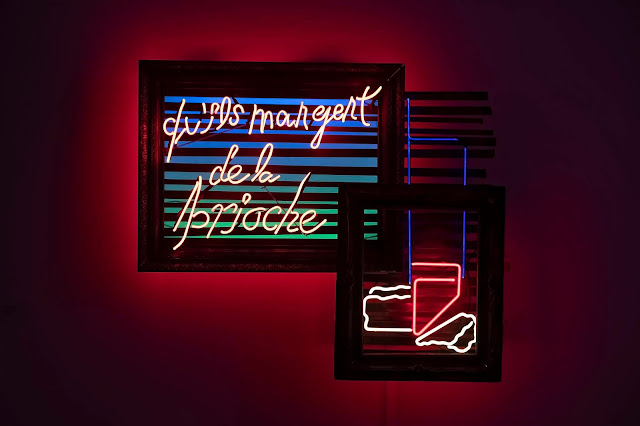 More neon art at Laumeier, this one by David Hutson himself. This was hard to me to read at first because what look like R's to me in the second word are actually N's. This is the original French of the famous words attributed to Marie Antoinette, usually rendered in English as "let them eat cake," the words she supposedly spoke after being told that the peasants had no bread.

There are problems with the story. The word brioche doesn't actually mean cake. It is a very rich bread with lots of egg and butter; it would have been as unaffordable to the masses as cake. However, there is no evidence that Marie spoke these words. They have become part of a legend.

Note the unusual bread slicer in the lower right. It resembles Le Rasoir National, a clever compliment to the words.
Posted by Bob Crowe at 1:28 PM