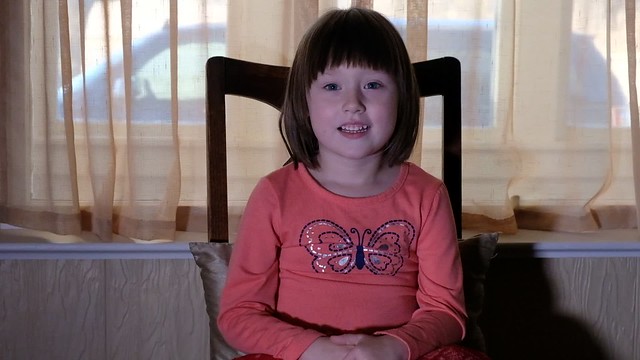 Mrs, C's mother, Elvira Kruse, passed away about two years ago at the age of 98. Today would have been her hundredth birthday. She had help, of course, but kept her own little apartment and remained mentally sharp. Her memory was astounding.

My wife had the brilliant idea of having some of the younger kids say a little bit about their memories of her. I got to be the director and cinematographer. (Pity I don't know how to edit video but I better learn fast.) There was a wonderfully soft blanket that Ellie admired at Elvira's home, which she immediately gave to her. That's the kind of person she was.

Elvira and my mother, Annette Koral, were born about a month apart in the fall of 1918. Annette has been gone almost 44 years.

I do believe that's the first time I've heard her speak!

What a generous soul. Ellie will always have that memory with the blanket.

Interesting post....thanks for sharing with us such a great information...
Book online bus ticket from Redbus