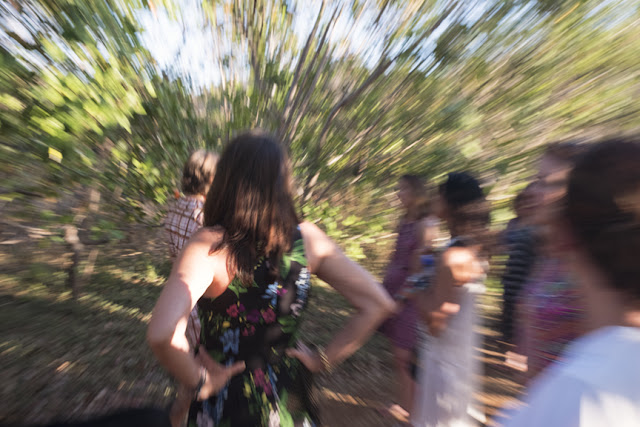 We visited someplace near Tamarindo that was new to us, La Senda (the path). It sounded interesting but turned out to be not so pleasant. In fact, Mrs. C characterized it as torture.

Two European women have developed this new-age-y, sort of mystical place not far out of town. There is a labyrinth (as opposed to a maze), about 3 km long with the path marked by cacti. It’s supposed to be designed around energy centers and sacred numbers, if that's your cup of tea (it's not ours). After a very cramped van ride from town, one of the owners gives an introduction and leads you to the labyrinth. 3 km is a long way after a day in the heat! The walk starts just before sunset and it’s dark by the time you finish. No one tells you to bring a flashlight. If I didn’t have one on my phone it would have been hard to get out safely. The whole thing was quite exhausting. We had to maintain a forced march just to get out, despite our fatigue. The experience reminded me of one of Ellie's favorite kid songs.

The second photo is one of the owners giving her explanation, but it could be a preview of the headache that awaited us. Then the inexorable march began. There was a pause at the first, um, vortex, where a woman played singing bowls - nice, but stereotypical. Visitors were invited to meditate (never a bad idea) or to make expressive paintings. After this short break the slog resumed.

Later, they served dinner to the visitors at one long table. Pretty good food but the table conversation with interesting people was better. Someone asked Mrs. C what her favorite part was. The exit, she said. 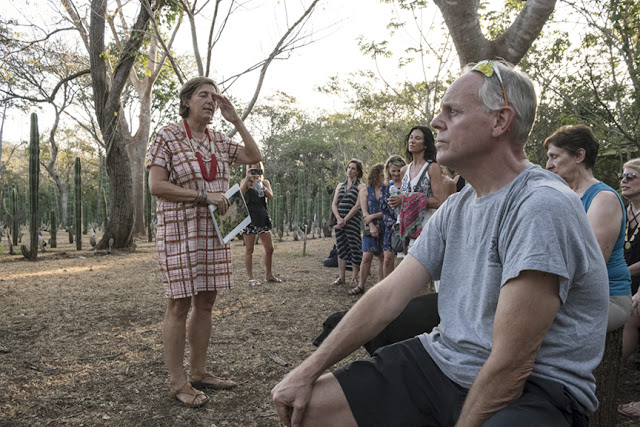 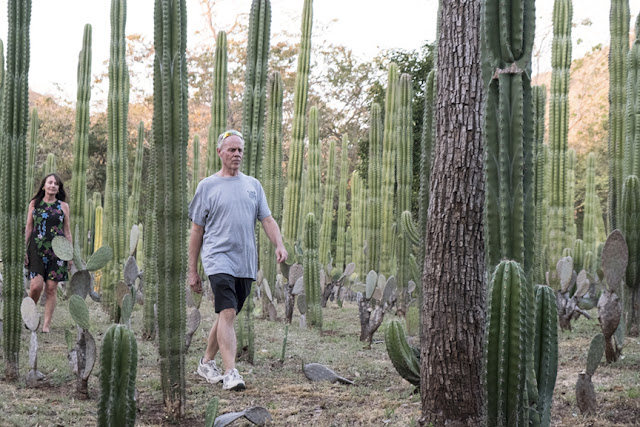 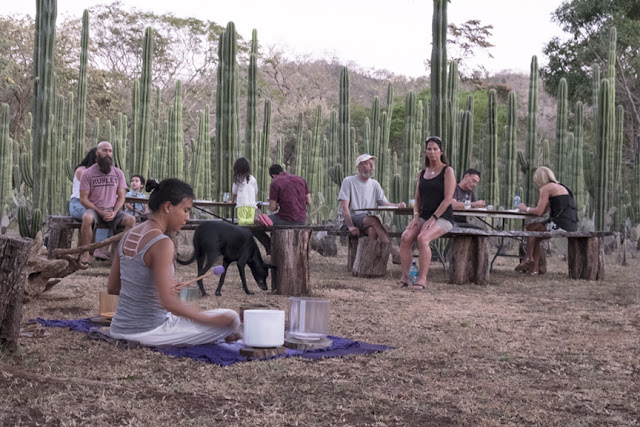 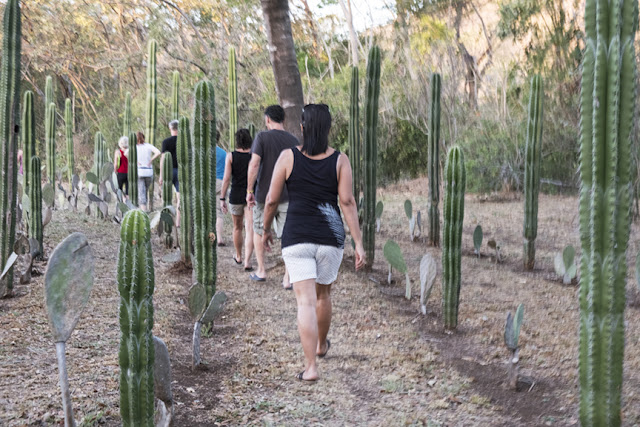 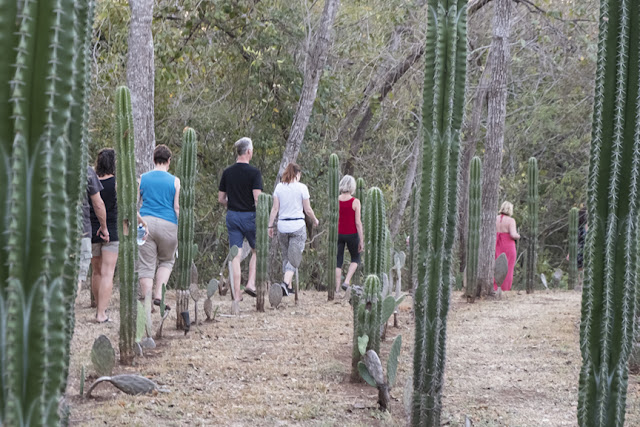 I don't think that would be right for me either.