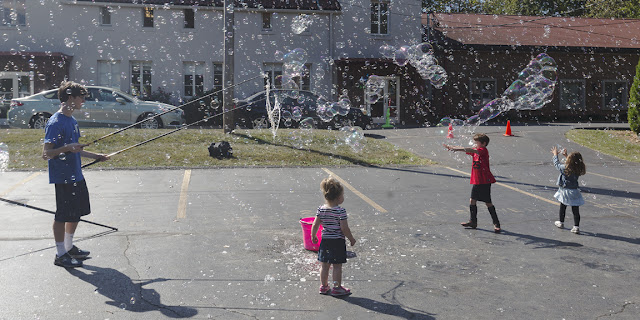 Christ Lutheran Church in Webster Groves, the suburb where I live, is celebrating its 120th anniversary. Mrs. C  has been a member for many years. They put on a community party yesterday. It was a delight for the children (certainly including Madeleine, more about which tomorrow).

One of the biggest hits was the Bubble Bus, a van equipped with several generators and a young man who was an expert in forming big chains of spheres with sticks and nets. I've seen them around before. It's hard to explain the fascination but the kids just love it. 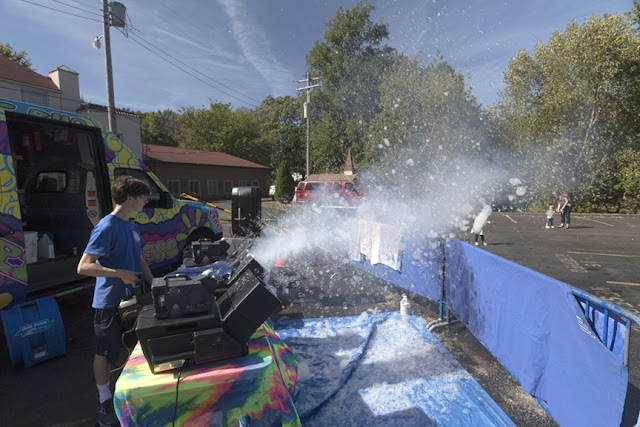 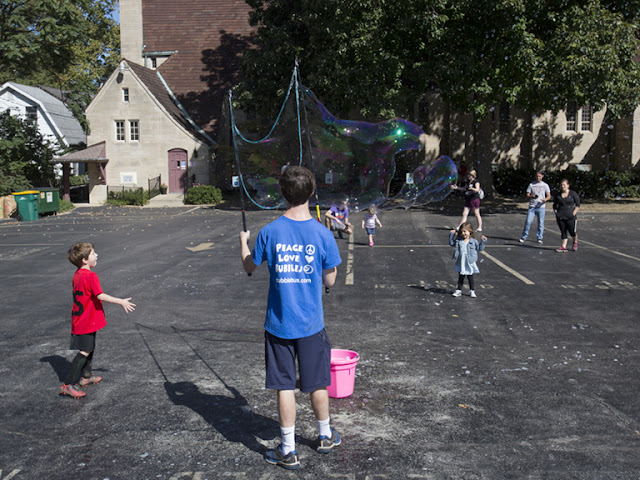 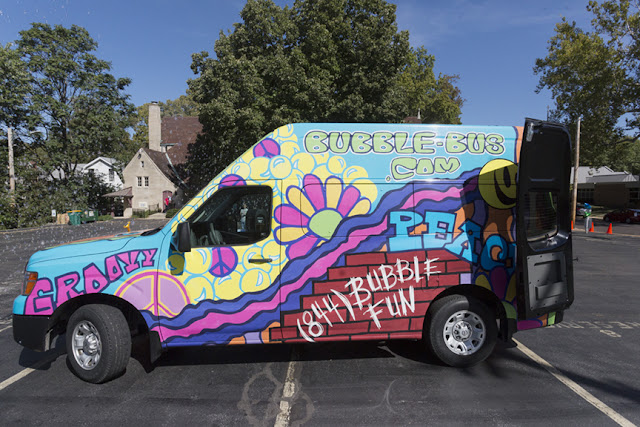 What a wonderful way to make a living Bob, children young and old love them! ☺

That will certainly draw out the kids!

Everyone loves bubbles. How unique there is a machine that will blow them out. Fun for everyone. :)