Boo At The Zoo 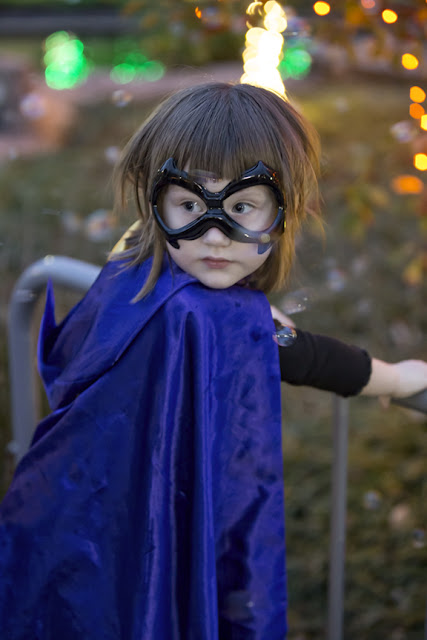 The St. Louis Zoo has been running a children's event during the evening called Boo At The Zoo. Not trick or treating but lots of kids' activities. Madeleine wore what she calls her super bat costume.

It was fun up to a point but it became unbearably crowded, so much so it was hard to just move through the walkways. Our girl loves the carousel but the line appeared to be 45 to 60 minutes long. Ms. M did not get her ride and she was not amused.

Depending on the weather (probably cold), I may shoot our big Halloween street party tonight. It, too, now has impossible crowds. Probably go early, get what I can and then leave before people start getting crushed. 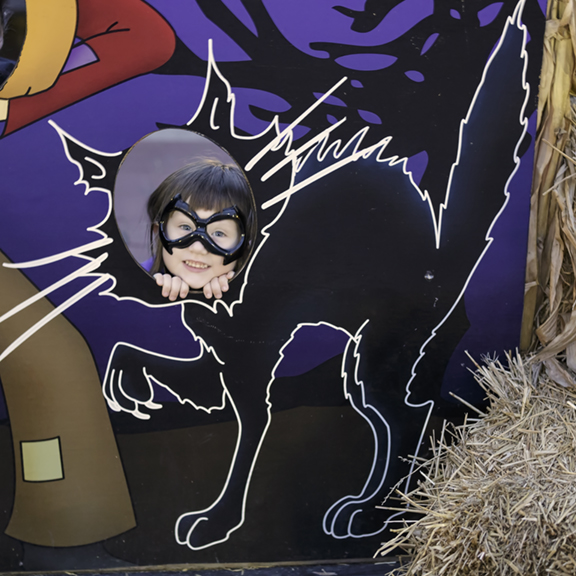 All those festivities are overcrowded nowadays, the same here. It is not pleasant at all to be in such a huge crowd of people.

Big crowds are never much fun.

I have less and less patience with big crowds too. Batgirl certainly looks the part!