MORE FROM THE FRINGE - STOREYVILLE BURLESQUE 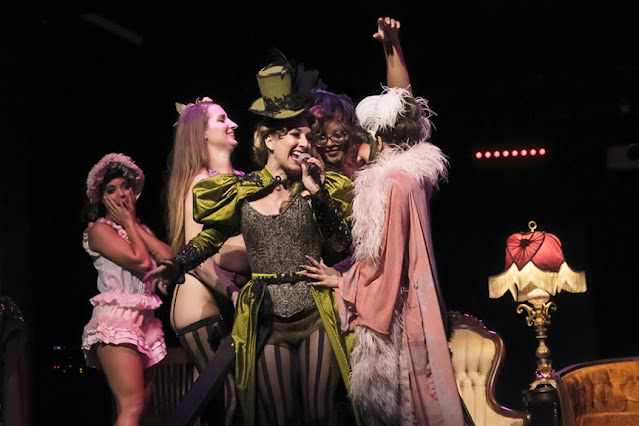 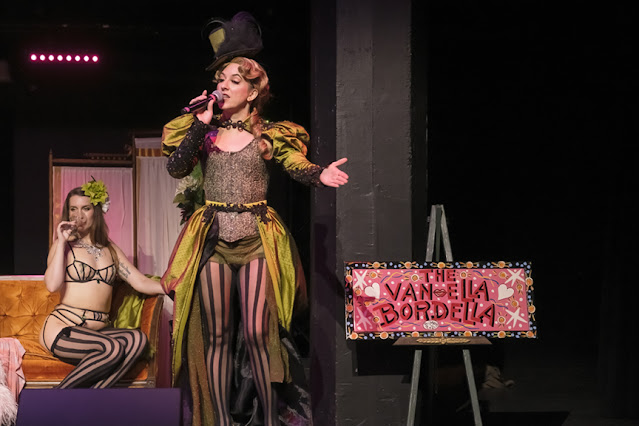 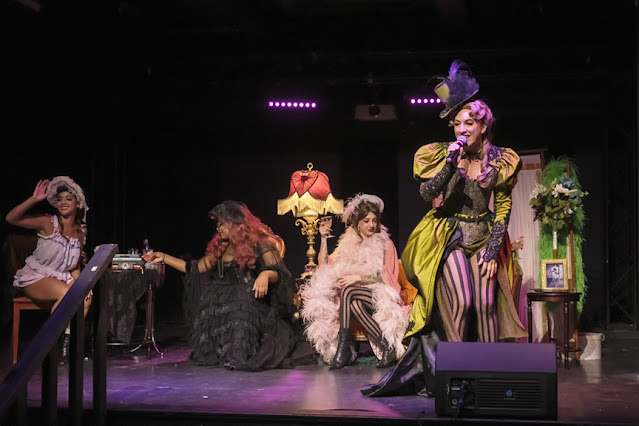 This town has a burlesque scene. There is a nightclub and bar dedicated to the genre. Two of the shows at the Fringe were burlesques. The festival has a no censorship policy but I couldn't help but wonder how a lot of women react to it - objectivization, male gaze and all that.  I shot both of these shows and the audience was about equally men and women. And the ladies were having just as good a time.
The woman who performs as Lola van Ella, in the green dress, had been putting on these shows and running a school in St. Louis for a long time. A couple of years ago she moved to New Orleans where the market for this sort of thing was better. Van Ella produced a two hour show with music and comedy, all pretty racy, and the usual gradual display of bodies. The conceit was that it was set many years ago in Storeyville, an area of New Orleans where any of your vices could be satisfied. The crowd loved it.
It should be no surprise that there were a lot of photos from this show that it would by unwise for me to post online.
Posted by Bob Crowe at 12:01 AM

I am aware that a lot of conservatives enjoy the concepts of illicit sexual activities, and perhaps (in the closet) the acts themselves! So this entertainment might well have been just "up their alley!"

Not a surprise. There's a burlesque company here. From their perspective it's the tease that's the act.