MORE FROM THE FRINGE - 24 HOUR PLAYS, PARTS TWO AND THREE 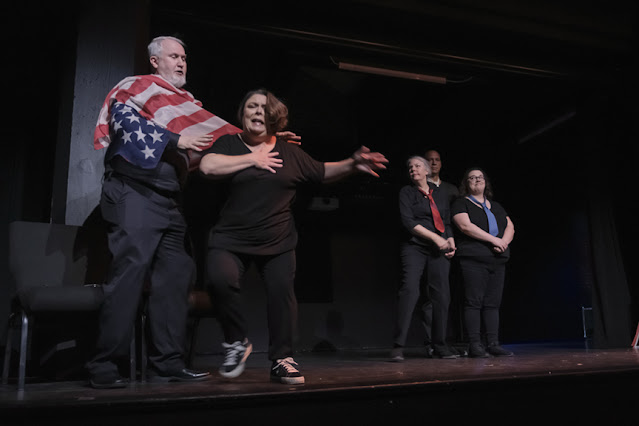 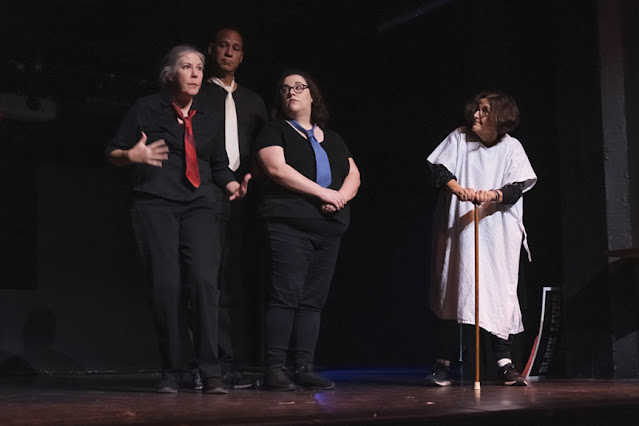 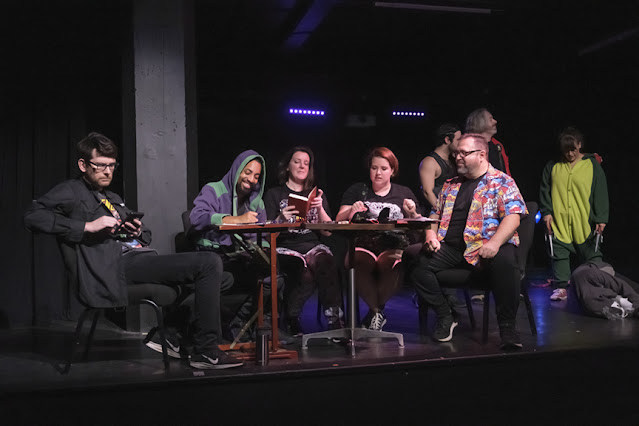 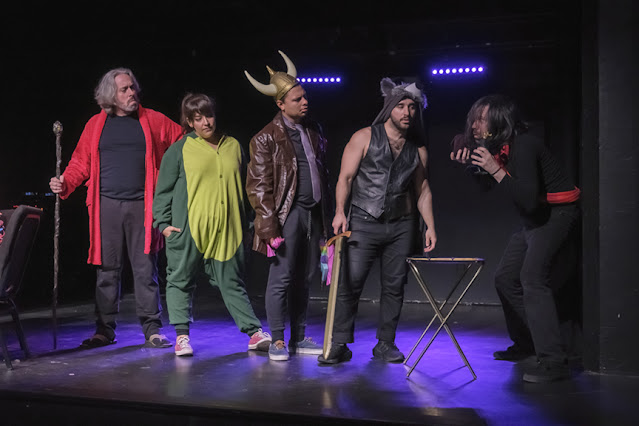 The second and third of the 24 Hour Plays puzzled me a bit. The middle one started with a supervisor refusing to let an employee take time off from work to vote, then turned into a riff on Dickens' A Christmas Carol. The ghosts of elections past, present and future appeared (the person wearing what looks like a white hospital gown is a ballot) with warnings about what happens if we don't vote, aren't allowed to vote or have our votes ignored by politicians.

I had to ask the sound and light guy what the last one was about. The premise was based on Dungeons and Dragons, a game i know or care little about.  A group of friends is playing as the characters from the game appear on the other side of the stage. One player who thought she had overcome a serious challenge finds that the threat is back, in the game and in parallel in her personal life. I didn't quite get it but then I'm an old stick in the mud.

Very vivid sequence of actors and actresses on stage

Well with the last one I was reminded of some of the January 6th Reprehensibles.